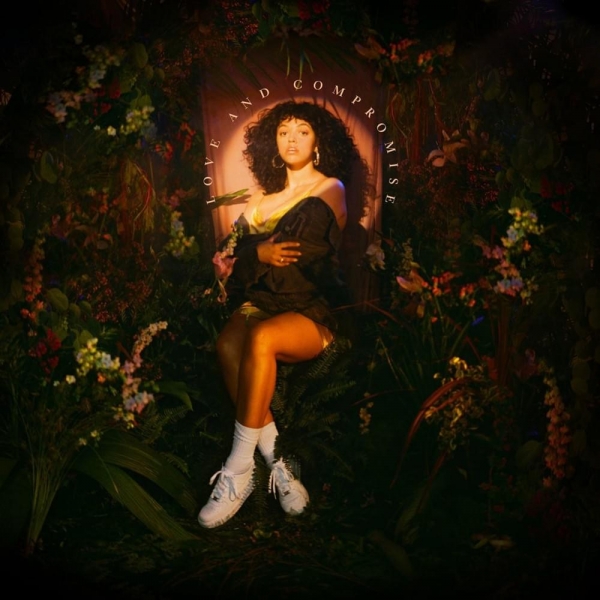 The rise of Mahalia has been anticipated since she signed her first record deal with Atlantic at the dizzingly young age of 13. Yet somehow, the Leicester-born R&B singer has tapped into something unexpected and exhilarating.

After delaying her music career, deciding instead to focus on her studies, the now 21-year-old has been experimenting with a plethora of sounds through her project, Diary Of Me, and E.P., Seasons. Now, after consistently impressive projects, the labour of her love has taken shape in the form of Love And Compromise, a debut album worth the hype.

The success of smoothly sung single "Sober" and the infectious "I Wish I Missed My Ex" led to Mahalia topping YouTube's first ever Ones To Watch list in 2018, and later being named as their newest UK Artist On The Rise in August. With industry support coming both from the most influential platforms and musical contemporaries, there's no surprise that Mahalia has been able to conjure up an outrageously consistent record full of sonic momentum and gripping lyricism.

Hits "I Wish I Missed My Ex" and "Do Not Disturb" have made it onto the debut along with 11 other works from Mahalia and producers Sounwave (St. Vincent, ScHoolboy Q), DJ Dahi (Drake), Sam Dew (Taylor Swift) and Pop Wansel (Ariana Grande). While these two songs were released a year and six months ago respectively, they fit perfectly into the zeitgeist and offer some welcome periodic familiarity.

The confidence seeping from these two songs has infected the entire album whether it's the body-confident lyricism in "Regular People" featuring Hamzaa and Lucky Daye or the vocally dynamic delivery in The Neptunes-sounding "Consistency". Mahalia has found a way to explore sounds from dancehall (on "Simmer" featuring Burna Boy) and mid-noughties R&B (on "He's Mine") without it seeming a forced tactic to please different audiences.

Her eclectic taste in different sounds, rhythms and grooves all meet in the fourth track on the album, "Good Company", where the themes of both 'love' and 'compromise' start to take shape through Mahalia's blunt and flirtatious choice of words. With verses riding on a groove sounding like an early Nao song and a singalong chorus that Brandy herself would be proud of, Mahalia balances lyrics like "I like the kind of guy that will wait for it" with "If you can respect me I'll let you stay". As is present in many songs, Mahalia is expressing more of the self-respect she has been working hard on exposing her listeners to as she grapples with womanhood.

The lyrical content of this album explores young, old and forgotten love as well as the range of emotions that come with navigating internal battles. Mahalia, despite her mature sound, is still young. This album wasn't written over the course of days or weeks, but months or even years and the lessons learned in these 13 songs are a pleasure to listen to. There are moments where only the surface of interesting themes is scratched, but this is something that will improve with future albums as Mahalia continues to craft her sound into something more refined and focused.

In a time of ever-stronger and more iconic female role models, most relevantly here the likes of Jorja Smith and Lizzo, Mahalia has found a very comfy position for herself bopping between the seriousness of self-worth and the flirtatiousness and unpredictability of being young and single. Love And Compromise was written as an album for everyone; on those terms, it's an unqualified, joyous success.