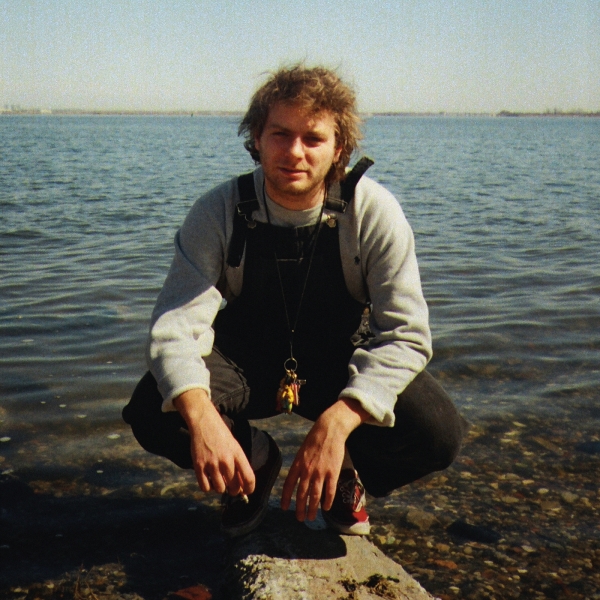 I’m reluctant to admit it, but the cynic in me expected fame and critical acclaim to corrode Mac DeMarco’s amiable exterior somewhat.

Surely there must be some posturing involved in maintaining such a consistently jovial and mischievous manner? On more than one occasion DeMarco has been painted as duplicitous; as if Mac the man—the scruffy rogue with the charming grin—cannot be reconciled with Mac the Musician. At this point, his character has received about as much attention from the press as his records have, (buzzwords like “prankster” and “slacker” abound), but is DeMarco’s offstage comportment truly at odds with the music he writes and performs? In a recent interview, he confessed: “I’m a terrible actor, but I’m good at playing me”. His honesty is playful and plaintive in equal parts, and with Another One, his new eight-track mini LP, DeMarco puts his lovelorn heart on display as only he knows how.

He famously ends the record by offering listeners his address in Far Rockaway, New York (at the close of the aptly-named instrumental, “My House By The Water”) and inviting them over for a cup of coffee. This short announcement serves a dual purpose: it further cements DeMarco as a real-deal everyman and makes his home, the site that spawned the album’s meditations on love and heartache, accessible to everyone. Both the man and the music are deeply relatable. Another One was reportedly recorded in his bedroom overlooking Jamaica Bay in the span of a single week, and each track is laden with a hazy air of contemplation.

Lyrically speaking, the record is so simple it verges on aphoristic, though it seldom relies on clichés. Album opener “The Way You’d Love Her” is a bittersweet account of a missed connection and a love-that-could-have-been: our charming protagonist has told her how he feels, “but never really got the chance to show her what it really means / to love her”. The song could quite easily have been an outtake from Salad Days, with DeMarco’s signature wavy guitar sound featured prominently. For the most part, this record doesn’t feel like a series of B-sides and leftovers, though it doesn’t make any grand strides forward. At such an abbreviated length, Another One feels like some kind of sonic intermediary—showcasing the breezy, lo-fi approach that made 2 and Salad Days critical successes, while also offering a sample of what’s to come on future full-length releases.

The title track sees Demarco putting his guitar aside in favour of a mournful bit of synth noodling. This marks something of a shift for him; there’s no sunny outlook, no wry humour cloaked in cynicism, just the space a lover left when she fell for someone else. Synths and sparse guitar riffs also set a sombre tone on “A Heart Like Hers”, which chronicles the disillusionment so many of us fall prey to after a breakup. The song’s refrain (“never believe in a heart / like hers again”) resonates like a sigh of resignation. Mac knows that this love business isn’t all swooning and flirty exchanges—it’s a lot of hope, loss, and deep heartache.

The metaphoric “heart” is the emotional core of Another One, it is both an object to be coveted and a gift to bestow. “No Other Heart” is gentle lamentation on misplaced affection: our narrator has fallen for somebody, but “her heart belongs to another/and no other heart/will do”. Mellow synth chords and classic Mac riffing provide the backdrop for the sad affair. There is only one instance in which our noble young Casanova gets to revel in an amorous victory—with “I’ve Been Waiting For Her” he (finally) gets to celebrate the beginning of a relationship, and the song’s tone is so bouncy it practically verges on pop punk. The track’s hastened tempo has a way of drawing attention to its abbreviated structure, but objectively speaking most of these songs are simple, with their choruses serving as lone focal points.

Ultimately, Another One doesn’t feel like a fully realised vision, but DeMarco clearly didn’t set out to produce a feature-length sequel to Salad Days. The man seems to possess a profound creative impulse, and it seems he’s keen to share the results (as well as a cup of coffee) with his fans. The term “slacker” must now be applied exclusively as shorthand for the lackadaisical, sun-dappled brand of guitar rock that has become DeMarco’s signature sound. Mac might just be one of the hardest-working and most down-to-earth guys in rock n’ roll. Now that he’s put his sensitive side on display, it’s difficult to be anything but totally charmed.