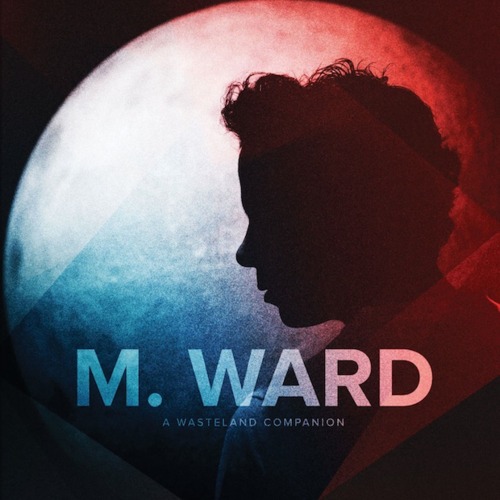 In the past few years M Ward has made himself known with those to whom he was previously unfamiliar through the success of his musical partnership with Zooey Deschanel and their duo She & Him, yet A Wasteland Companionmarks his seventh studio album and the Portland musician’s first for Bella Union.It’s a road record about stripping down the niceties to just the bare essentials, and in the three years since his last solo effort, Hold Time, being on the road is something Ward is no stranger to. “There has been a lot of travelling which requires a lot of reckoning with what to leave behind and what to carry – material and otherwise – and thinking about what I want versus what I need” he states, and so as such the record flits from the stripped-back style of finger plucked opener ‘Clean Slate’ to the more ramshackle band effort of ‘Me & My Shadow’. The album’s creation followed a recording process which took Ward to six cities from New York, LA and across the Atlantic to Bristol, recording the dozen track in eight studios, working alongside an extensive and acclaimed troop of musicians; while reuniting him with Mike Mogis of Bright Eyes and collaborative project Monsters of Folk, She & Him’s Zooey Deschanel as well as Jon Grabof and members of DeVotchka, Sonic Youth and Oakley Hall.

As a whole the record is steeped in Ward’s gravelly vocal warmth; the type of voice one would expect to find on dusty vinyl, waltzing through the likes of piano ballad ‘Crawl After You’ and oozing just as easily through the dozen gorgeously catchy ’40s-through-to-’60s inspired pop numbers. Single ‘The First Time I Ran Away’ is all muffled drums and quiet acoustic guitar, as strings and pedal steel lace the hushed whisper of the vivid visions of warriors and catching tigers by the tail, while Deschanel’s coy calls on doo-wop number ‘Sweetheart’ expose another side of the pop songbook that Ward so effortlessless manages to stylise. ’Me & My Shadow’ escalates from its strummed guitar opening, bursting into a dark bluesy thrashing of drums, sneering echoed vocals, screeching electrics and the buzz of feedback. And, while numbers like this are perhaps fewer in quantity than we might like, to serve as a reminder of just how deft he is at this extroversion of sound as well as the less-is-more croon and charm of his one man and guitar set up , with burrowing earworm delights such as clapalong singalongs ‘Primative Girl’ it’s nevertheless nearly impossible to not fall under the spell of his calmingly sedantary spin on retro pop.