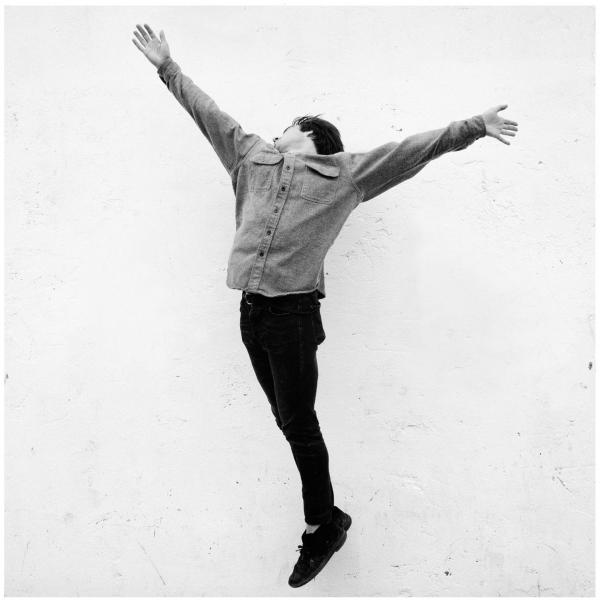 At every turn, Jamie Lee and his troupe of capital R-romantics set themselves up for a fall. From adorning their debut single with a shot of Lee, stark-bollock naked, clutching a rifle, to the spidery, philosophical poetics of their interview personas, and the grammar-defying, two fingers up to SEO analysts and sub-editors that their name represents, M O N E Y pitch themselves as aggressively, unashamedly radical. As foremost proponents of the rejuvenating anti-aesthetics purported by Salford’s SWAYS label, and their self-labelled project of cultural regeneration, their mission is a purifying one. So impassioned is their approach that it comes across as not just a wish to start things afresh, and think outside the proverbial box, but to shatter its fourth wall so vigourously that they might shock anybody and everybody into subscribing to a new set of ideals with which to process the world.

Step one: the evisceration of power structures. Sound like a mouthful? It’s more cannily introduced in the album’s opener ‘So Long’, and its refrain of “God is dead”. Their approach is ostensibly reminiscent of aspects of postmodernism – their constant musing on essential value, their discontent with imbued hegemonic structures, and a move from totalising metanarrative to finding the meaning in individual action, moment, and instinct. The band’s frequent reference to the discourse of traditional religion feels equally postmodern in its mimicry technique – that with a deprecating, knowing doff of the cap to the metanarrative they seek to undermine, they can absolve language of its imbued meaning, and find a new spirituality. The choral tinge of current single ‘Hold Me Forever’ feels more a tribute to the ephemeral, semiotic warmth of a human touch, rather than the implied eternal in a religious community.

New Eden has undergone a venue shift, and upped sticks to the North-West, as iterated by the band’s propagandist-style slogan: “Manchester is Paradise”. Rather than apples and fig-leaves, however, it’s the city’s doomed, purgatorial shadow, its fault-line quality of feeling simultaneous sacred and profane, and honest hopelessness that makes it a modern candidate. With no gestalt coherence, only everyday acts can carry meaning – the search is for the “human grail”, not a holy one.

As lofty as these intents might feel, you’d never know from their sound. Indeed, one criticism of the album is that it occasionally feels too removed from the grit Lee seems informed by – that their promotion of the everyman is not easily accessible, and feels like they’re having you on. The intimate beauty of closer ‘Black’, with its dark tales of “kids fucking in cars”, and literal blood on the tracks, provide a rewarding return to earth in its observed realism. For the most part, however, the record’s sonic cocktail is much less sharp than the rhetoric of the barman, and revels in a ethereal, haunting beauty – laced with swooping, glassy atmospherics, breathless euphoria, and just a touch of early Verve. Rather than the surreal menace of their off-page musings, their lush, swelling tones feel optimistic, and never overly unconventional. As much as the album encourages a deeper engagement (or perhaps gross overthought), it is easily satisfying on a surface level. As tracks bloom into harmonic, washy crescendos, their wordless jubilation is utterly infectious, dark turns such as the sobering splash of ‘Cold Water’ feel chilling, and the intimate moments, which find Lee alone at the piano, show his ability at abstract storytelling, and incredible presence. Attendance at any live M O N E Y show reveal his enigmatic lunacy – whether he is sprawled, shaking amongst the sweating hordes, or delivering his lines from the bar, Lee is enthralling. The power of these individual moments, live or on record, give credence to their aesthetic – that the spirituality in circumstance, and the strange confluence of identity and surroundings carry a power, and instinctive meaning, that outweigh any institutionalised power relations.

Agree with them, or write them off as abstracted lunatics, The Shadow of Heaven is an incredible persuasive push for thoughtful guitar music, in an often vacuous mainstream. The best manifestos aren’t written to be easily digestible, or to be agreed with en-masse – they’re reactionary hyperbole from the disaffected. M O N E Y know that they, and the rest of us, fell a long time ago, but on the basis on The Shadow of Heaven, their passionate howl from the gutter might be the only way of looking up at the stars. The total commitment of the band to the narrative of a classic “Hell-descent” – Blake reborn in Salford – transcends any petty cliché, or empty marketing ploy, and touches on some deeper plane. It’s either a depthlessly engrossing narrative from an active agnostic, satirizing the thought that one answer could be the solution to every problem, or I’ve been stitched up into writing “hegemonic” in an album review.