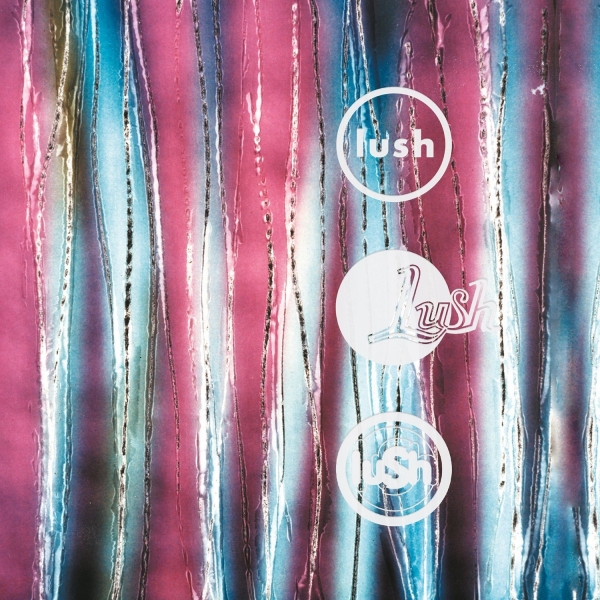 Chorus is the perfect title for an anthology of Lush’s relentlessly infectious songs.

Their studio albums, 1992s Spooky, 1994s Split and 1996s Lovelife are topped and tailed by here two compilations, Gala and Topolino, as well as everything else they recorded. A mammoth 105 tracks are spread over five lovingly packaged discs.

Prior to their very welcome live return next year - their first shows since the tragic passing of drummer Chris Acland twenty years ago - Chorus is timely reminder of how wonderful Lush were. Whether pedaling the space rock which saw them lumped in with Shoegaze initially or their spikier later material, the theme of love runs consistently through their songs. They wrote about it quite brilliantly, be that the rancour of “Bitter” or the melancholy of “Nothing Natural.”

Calling themselves Lush proved to be a double edged sword. On one hand, it fitted with the beauty of their initially dreamy, gauzy songs. They didn’t look like your typical indie band either - Acland and bassist Phil King were such a pair of handsome devils they could have been Gap models. However the flipside to the name was their joy of enjoying a beer and letting their hair down, which unfairly saw singing guitarists Miki Berenyi and Emma Anderson being written about in gossip columns almost as much as they were for their music.

For all their down to earthness (Berenyi was hilariously dismissive about her treatment at the hands of male musicians in the recent Girl In A Band documentary), Lush were incredibly serious about the music they made, which shines through in Chorus.

The first record here, Gala, was effectively their second album of sorts (if you include the mini-album Scar) before they’d even released a debut proper. With 4AD label mate Robin Guthrie of the Cocteau Twins on production duties, it was a perfect marriage of band and producer. The two versions of the delight that is “Thoughtforms” show their progression from the tentative sounding band of Scar into the blisteringly confident one of the Mad Love EP, which was the sound of a group in the first flush of success. There are highlights galore to be found on Gala, not least “Leaves Me Cold”, which miraculously manages to sound paranoid, ecstatic and annoyed at the same time.

Yet when they released their debut album Spooky, there was justifiable criticism that Guthrie’s influence had gone a little too far. The sheer effervescence of a song like Gala’s mighty “Deluxe” and the wit of a line like "Grass in my thighs, my aching legs" wasn’t matched by a song such as “Monochrome"’s "And sometimes I think if I stand by the phone it may ring". But their knack for nailing matters of the heart remained, with the gorgeous “For Love” telling a heartbreaking story of romance on the skids, and “Superblast” showing they could still sound thrillingly energetic.

Split saw Lush at a crossroads, one where they still retained 4AD’s signature ethereal sound, but started to add a more jagged tone with the likes of the punky “Hypocrite”. At the time they were seen to be tentatively embracing the nascent Britpop scene, when in fact they were refining the more abrasive roots of Scar.

By their last album, Lovelife, Britpop had erupted and the spikier Lush of Split was dialled up. Occasionally they strayed too close to the formulas of the zeitgeist, as on the Boo Radleys-lite trumpets of “I’ve Been Here Before”, but generally - and admirably - they stuck to their pop guns. Album highlight “Ciao” could be a Lee Hazlewood song, with Pulp’s Jarvis Cocker’s vocal providing the perfect counterpoint to Berenyi’s conversational singing. Its acoustic feel is far removed from their expansive early records, yet whatever Lush did had a pop DNA running through it.

They constantly knocked out mean cover versions too, tackling an array of artists such as The Beach Boys’ Dennis Wilson, Elvis Costello and The Magnetic Fields, but what made their covers so beguiling was that they always sounded like themselves. Standouts are two breathless versions of ABBA’s “Hey, Hey Helen” and an irresistible  blast of Wire’s “Outdoor Miner”, but perhaps their finest cover is a take on Vashti Bunyan’s great lost pop classic “I’d Like To Walk Around In Your Mind”, which nails the melancholy of the original to a tee.

Chronologically there’s a minor quibble about Chorus’s track-sequencing, with lots of the additional material randomly added to unrelated albums. For example, Gala’s “Sweetness and Light" also turns up on two other discs, Spooky has Kevin Shields’ bonkers Orange Squash mix of it and a lovely, faster demo appears on Lovelife. The tracklisting doesn't provide a true narrative, but given the excitement of their imminent return, such gripes are small beer.

Lush were a band who moved with the times, managing to straddle both the Shoegaze and Britpop scenes, yet standing apart from them at the same time. There’s a slew of modern classics to be cherished on Chorus, which makes it a must have for the completist and a treasure trove of gems for anyone entranced by the combination guitars, pop music and songs about love.