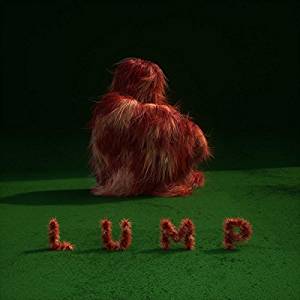 It is as if Marling and Lindsay didn’t discuss what they were going to do when they got into the studio, preferring to just go in, turn the mics on, pick up instruments and make some dreamlike music. Indeed, Marling and Lindsay are keen to stress that “LUMP is a creation that passed through them, and they look upon it parentally. It is their understanding that, now it has come into being, LUMP is the artist, and it will continue to create itself from here on. Lindsay and Marling will assist it as necessary.”

The opening track, “Late To The Flight”, moves seamlessly from charming to spacey to eerie. The harmonies move from simple and pinpointed to warped and twisted, as the song weaves in and out of distortion. The bass-y guitar strums at the beginning are repeated at about four minutes in, and reinforces the cyclical nature of this album, both within and between songs. As one song finishes, the other blends in effortlessly, and the final credits, which Marling reads out at the end of the record, fade out in reverb, calling for the beginning track to play again to complete the circle.

Marling has taken inspiration from the Surrealist Manifesto, the absurdist poetry of Edward Lear and Ivor Cutler – and her six-year-old goddaughter (who came up with the name LUMP). Marling explores themes such as lucid dreaming, especially in terms of describing that space between the public and private, between free will and feeling trapped. Part of these feelings may have been inspired by Marling’s choice to, at the height of her success, take a hiatus from making music and retreat off to the US. In returning and making LUMP, her voice and lyrics are in no way self-conscious and certainly not restrained. Her vocal range on LUMP is stunning and there is no part of it left unexplored. On “May I Be The Light”, her vocals rip through the white-noise-like background and descriptions of mundane lifestyle activities with confidence, as she cries out “It’s a sign of times, you know”.

“May I Be The Light” becomes “Rolling Thunder”, with the synths from the former song steadily fading away, giving way to Marling’s low rumbling tones – which on this song sound exactly like rolling thunder. There’s a precise yet uneasy rhythm to this song, and if her rhythmic vocals are the thunder, the impulsive synths are the lightening. The brass that comes steaming into the song about halfway through, followed by crashing drums, portrays the unpredictability of a storm – and perhaps of life itself.

“Curse Of The Contemporary” is the perfect song to sum up Marling’s message on this album – you can hear a distorted marching brass band, and the west coast guitar is being played almost as cynically as some of the lyrics are being sung – it’s a symbol of tan idealised California, the sunny west coast beaming up at you so much that it’s almost oppressive. The Kate Bush-like vocals drip with cynicism: “If you should be bored in California / I’m sure I’m not the first to warn you”.

In “Hand Hold Hero”, synths and riffs play over a constant beat that gathers speed, disappears and reappears, creating and quashing suspense until eventually it just vanishes. The song sounds bizarre, almost like the sound of someone crashing around their kitchen while their teenager plays video games in the corner, yet it’s compelling to hear Marling sing over these wonked-out guitars, synths and pattering drums. Lindsay’s experimental compositional style that has evolved through Tunng, Throws and producing other artists’ albums, brings out Marling’s assertive vocals. The last two songs in particular are full of breathy, mouth sounds. When Marling sings “Salt air is healing / Nakedness revealing / They go so well” on “Shake Your Shelter”, it is a beautiful summation of LUMP’s sound and message – an ambient, compelling and unique look into whether contemporary life really has to be so empty