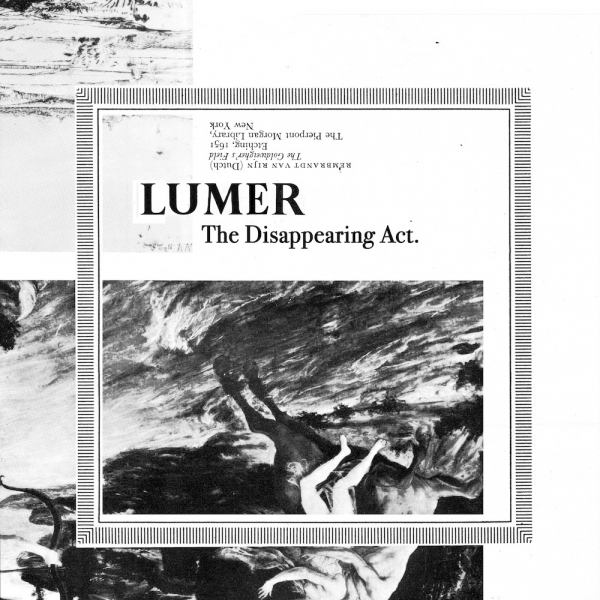 In their years since forming, LUMER have singled out the flaws of our broken modern society which riotously continues on their new EP Disappearing Act, echoing their exalted northern forefathers The Fall.

On Disappearing Act, LUMER build the foundations of a climbing frame that could take them to the very top of modern post-punk through gritty razor-sharp observations that speak out against corrupt world leaders, online social pressures and the vacuous existence we each live to endure.

Through saw-toothed vocals and heavy thrashing guitars, Disappearing Act deals with themes of corrupt leadership, heartbreak, tumultuous relationships and most interestingly, reflecting on an entire lifetime with loss and profound emptiness on the title track.

Hailing from Hull, Yorkshire, LUMER consists of vocalist Alex Evans, guitarist Benjamin Jackson, bassist Benjamin Morrod and drummer William Evans, a quartet which both musically and lyrically pay tribute to the post-punk legends that proceeded them such as The Fall and Joy Division.

Vocalist Alex Evans explained: “The entire writing process felt incredibly easy. It takes, whoever can be bothered to listen, down a bitter road of different experiences and what we despise in the world. It talks of love, hate, hope and death, and ultimately the personal things that affects the majority of people’s lives.”

Musically, Disappearing Act features fantastic and striking post-punk elements of roaring guitars and thumping basslines to cathartically sit alongside venom spitting lyrics that document the horrors of our society. It’s definitive post-punk but simultaneously a variant that feels fresh and unique.

LUMER prove that they have the grit, integrity and potential to reach the heights of the current leaders of modern post-punk such as Shame, Fontaines D.C. and Viagra Boys to name a few. This is vocalised on the poetic romance of Disappearing Act, but with a frothing condemnation of a dystopia that feels all but too close to reality.