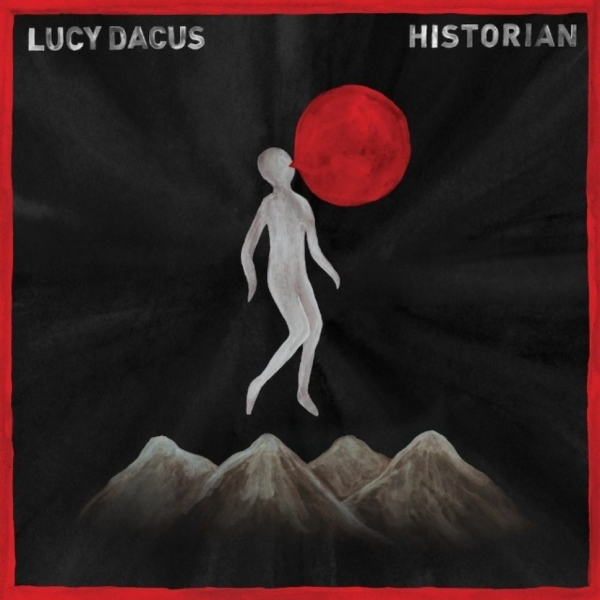 Historian is Lucy Dacus’s Andy Dufresne-ian 500-yard crawl through a river of shit to existential freedom.

On her 2016 debut LP, No Burden, Dacus surveyed a bevy of mucky emotions with wit as much as introspection across an amalgam of grungy power pop and meditative folksy numbers. On her second outing, Dacus dampens her humor and softens her edges as she sharpens her focus on the trudging effort of emerging from the rubble of devastation.

Historian starts with an end and a beginning. It’s the end of a relationship in album opener “Night Shift”, where Dacus confronts that known-all-too-well feeling of accepting the discomfort of turning one’s life upside down in a bid to sever the new and hazy present from that painfully recent past. It’s this rejiggering of everything that, for better or worse, forges a new and strange beginning.

Dacus stretches out on Historian with four of the album’s ten tracks exceeding the five minute mark, yet these songs are just as heavy on words as her debut – to its benefit rather than detriment – despite those longer running times. Toning down her wry wit and wrapping her songs around the common theme of reckoning with and rebuilding from loss, Historian offers a more cohesive testament to Dacus’s exceptional songwriting.

Dacus unwittingly manages to run the gamut on early tracks between such exquisitely rueful lines as “If the body and life were something we could divide / I’d deliver up my shell to be filled with someone else” from “The Shell” to the “Nonbeliever”s simple, plaintive closing mantra of “everybody else looks like they figured it out.” As she journeys through the album those early songs’ hopelessness and disorientation begins to fade as Dacus still shows her humour is intact while she’s learning to accept and move on rather than wallow, sardonically affirming “I am at peace with my death / I can go back to bed” on “Next of Kin”.

Historian’s high-water mark is its monumental penultimate track, “Pillar of Truth,” a paean to the strength Dacus’s deceased grandmother displayed on her deathbed. Rife with religious imagery and woven through with the solemn yet awesome spectre of death and deliverance, Dacus’s prayerful passages from the mouth of her dying relative achieve a rare power and grace, instilling them with a remarkable timelessness: “Lord, have mercy on my descendants, for they know not what they do. They know not who you are, Lord, and they don’t know what to do…Lord, be near me in my final hour. I once had sight but now I’m blind. I tried to be the second coming, and if I was, nobody knew.”

As impressive as No Burden was on its own merits, independent of and regardless of its creator’s youth, inexperience, and slapdash conception, Historian is a monolith of American songwriting. Lucy Dacus strikes peerlessly at the core of our emotions at once with wit and gravity, loftiness and plain-spokenness. She may view her late grandmother as a “pillar of truth”, but her grandmother assuredly rests easy in the Lord’s cradling arms knowing that mantle lives on through her granddaughter.