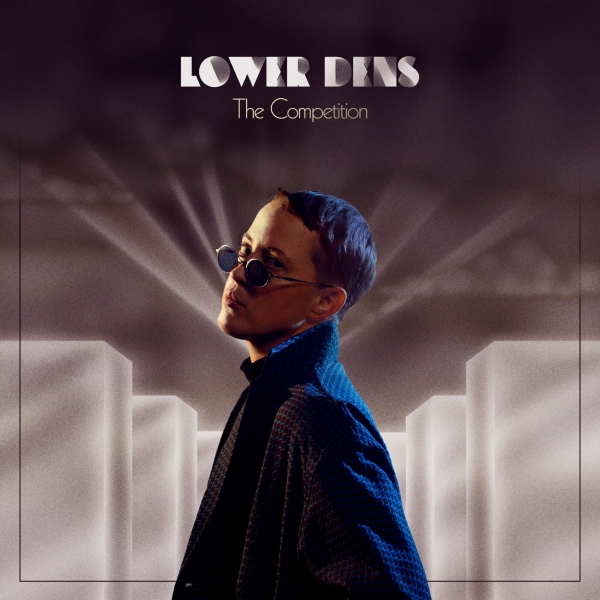 In a line-up that has halved since Escape From Evil, following the departure of Geoff Graham and Walker Teret, the vocals of Jana Hunter retain a constant melancholic mystique at the heart of the outfit’s oscillating synth-propelled beat.

Often compared to fellow Baltimoreans Beach House, Lower Dens’ searing treatment of societal issues has ensured distinct demarcation from contemporaries. In this respect, The Competition proves consistent, focusing upon the role of the capitalist system and social networks in encouraging an oppressive state of superficial rivalry. Escapist shoegaze melodies duel with stark reality, lyrics synchronised with a corrosive climate; the duo balancing subtlety with the overt in an alternating dynamic. The satirical surge of lead single “Young Republicans”, for instance, pulsates with formidable electro-pop prowess, while a piercing, hook-laden commentary reverberates in tandem: “We never asked to be this way / No spines, no tongues, no fingerprints / We're young republicans”. With the latter lead single blacklisted by several US radio stations, the duo’s message strikes a nerve, resonating in the current cultural turbulence.

Elsewhere, the krautrock echoes of “Galapagos” capture the band’s obscure gravitas; mistily detached instrumentals paired with a concept rooted in reconciling the self with the collective: “If you feel distressed / That's ok, too / My love / We want you here”. “Two Face Love” brings a brooding ineffable visage to proceedings, while the introspective radiance of “Real Thing”, initially released as a single in 2016, could figure as a recently unearthed mid-80s new wave number; Hunter’s sonorous vocals projecting a liberative longing: “I want to be young, I want to dance with abandon / And I don't care about the real thing”. Comparatively, “Simple Life” navigates through a fog of grandiose drum machines, choppy guitars and unnerving ambience; straddling between Oneohtrix Point Never and Tears For Fears in scope.

Integrating profundity alongside the sublime has long been a key tenet of Lower Dens’ aural lexicon. In this regard, The Competition proves a multi-layered offering from the two-piece, juxtaposing viscerally relevant themes with modulating, often overpowering soundscapes. It's volatile, beguiling stuff, and utterly distinctive.