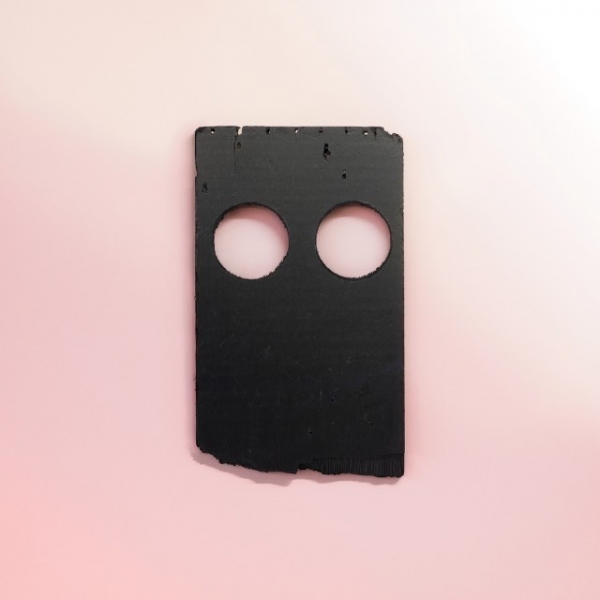 Duluth, Minnesota indie titans, Low, are currently celebrating their twenty-fifth year as a band and returning with their twelfth studio album, Double Negative. The album marks an extraordinary point in the trio’s career – an album rich in darkness and in texture, finding Low in experimental sublimity, further reminding us that their range has only gotten exceptionally larger and better over time.

Double Negative begins similarly to something you’d expect from Tim Hecker. “Quorum” pulsates with trickling static accompanied alongside warm, choral vocals that are being interfered and manipulated with. Alan Sparhawk and Mimi Parker’s singing is often cloaked throughout with layers of haze, crackling and struggling along, intermittently coming in and out of focus as though they’re trapped beneath something. It even brings to mind a rather haunting connection to William Basinski’s The Disintegration Loops, but with vocals rather than synthesized textures taking centre stage. Low’s shift, however, doesn’t come entirely out of the blue – they’ve aligned themselves with similar company in the past (preforming alongside bands like Radiohead, Godspeed You! Black Emperor, and Labradford) and its overlap is much of what we hear Low projecting on Double Negative.

“Dancing And Blood” shares much the same, beginning with GAS-like, mechanical thuds, sounding like a propeller spinning in slow motion or a death march in the distance while the stirring, “The Son, The Sun” is an ominous, angelic field recording that calls to mind the ambient work of Thomas Köner or even at times selected tracks from Helge Sten’s project as Deathprod, particularly from Morals and Dogma. But while Double Negative shows Low reaching into the darkest corners, they have never crossed so far over the line as they have here. Few bands are rarely able to graze by this type of radical shift and have it work in their favor; Low, on the other hand, sound as though they’ve been there for years. Despite the tenebrous nature throughout Double Negative, Low still continue to bubble underneath as the Low we’re so familiar with. “Fly” showcases Parker’s pristine, icy vocals while the album’s most beautiful track, “Dancing And Fire”, is Low at their best and most heartbreaking. A standout laced with sparse, idyllic Pygmalion-style guitar work while Sparhawk and Parker confess their souls.

The spectral quality of “Poor Sucker” plays with vocal arrangements, reminiscent to a Fever Ray track while the album’s sunniest, “Disarray”, closes out. Double Negative’s tracks exemplify what we’ve come to love about Low over the years; they maneuvre and flirt heavily with dexterity and their concluding upshot resonates as something rather profound. It’s a stark reminder that Low have an innate ability to shift quietly and amend – and if they decide to opt out, they can confidently resurrect themselves in various forms of light. While others may not get anywhere close, Low secure their name and unequivocally add their own personal stamp to a cryptic, romantic genre, one that makes you feel invincible when you’re actually falling apart.