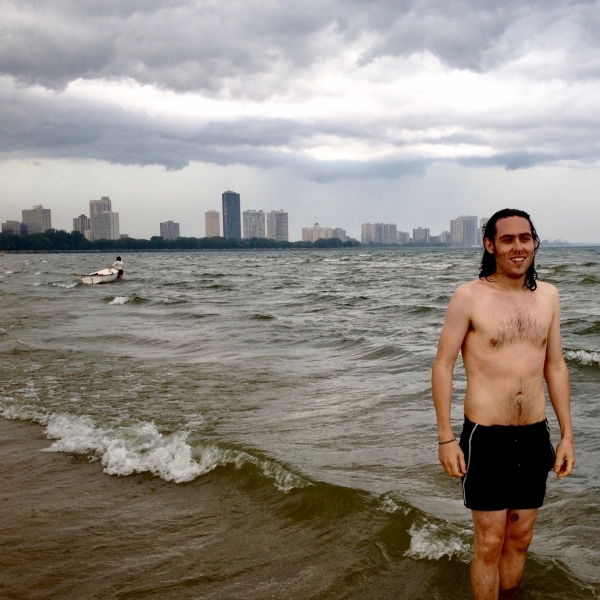 Despite their self-ascribed labelling as queer, straight-edge and vegan, Durham-based (or, more specifically, the peerlessly-named small town Pity Me) pop-punk band Martha are not what you’d describe as a typically political band.

Heartbreak and self-doubt instead inform the band’s sound, as the title of their new record suggests. In part a break-up album, Love Keeps Kicking is replete with the emotional tropes you’d associate with such an event; despair, solace, disbelief, and eventually, a renewed sense of hope.

“My heart flutters then it sinks / Because you only want to kiss me when you’ve had a drink” co-vocalist and bassist Naomi Griffin sings on "Into This", an instance of self-doubt and suffering manipulation that most of us can relate to. The case is put somewhat more starkly on the title track, lyrics such as “sometimes I feel so empty I want to leave it all” indicating a more drastic emotional state.

The defiance and refusal to lie down isn’t just exhibited in the buoyant instrumentation, however. A sense of recuperation can be gleaned from some of the song titles ("Heart Is Healing", "Love Keeps Kicking") as well as the honest admissions the band make in the face of pain.

“This year blew my world apart / I’ve been with a broken heart” on "Heart Is Healing" may not sound particularly optimistic, but in the context of the song title it suggests a serious case of reflection and that steps are being made in the right direction. There is even room for some disarming adoration to “oh my god, you’re a sight for sore eyes” on "Sight For Sore Eyes", a reminder of the warm fuzzy feeling that leads to these situations in the first place.

Consequences of love gone wrong may be Martha’s primary source material (plus the generally unstable state of the world on “The Void”), but what elevates Love Keeps Kicking above indulgent self-pitying is their ability to present it as multi-faceted. "Orange Juice" and "The Only Letter You Kept" flag there’s still work to be done, though the ways in which Martha present the range of emotions present in an ending relationship is enthralling.

Whether you read the title as a refusal to die or a foolish attempt to cling on, it doesn’t matter; both are just as relevant, and Martha have gone some way to capturing as much of it as possible.