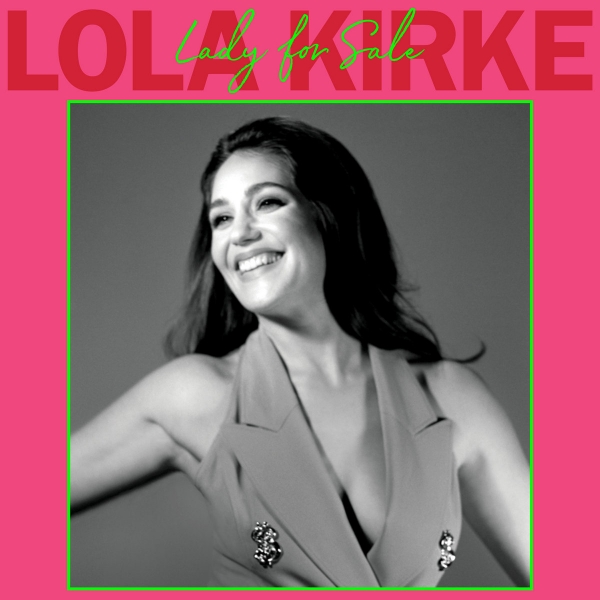 A ten-track indulgence, Lola Kirke is leaning into the brash glitz and glam of a deliciously gaudy country sound.

This rebrand away from her excellent 2019 debut Heart Head West – which presented itself as more subdued with a rocking ’n’ rolling tint – is in the name of embracing self and allowing it to shine bright.

Amongst her fresh recipe of syrupy country come tales of romance lost and found. It’s undeniable that Kirke is here to have fun with her second outing Lady For Sale, yet roots it deep in the sticky feelings which come with relationships and life.

Throughout, she's toying vibrantly with empowerment be it through its exterior world in the form a workout video (“Lady For Sale”) to just embracing being unashamedly human. Kirke is pulling no punches in living life in the creative arts (Kirke also acts), including references to the OnlyFans business model being akin to the music industry and joining the content churn to be a musician.

Delectable chorus after delectable chorus soars above all else. With the melodies doing their best to push their luck – toeing the line between infectious and abrasive, it's this swinging energy under which Lady For Sale thrives. Indeed, this isn’t an album created to lay low, it begs for attention, and once you’re in its sights, it’s impossible not to do so.

Not only embracing herself but all the joy of life, each gem in the Nudie suit Lady For Sale shines bright with a different message, some darker than others. Opener “Broken Families”, featuring Courtney Marie Andrews, breaks down the familial toxicity that leads to troubled relationships. The titular track opens with the bar-room toilet graffiti influenced lyrical A-bomb “Weed is proof of God” before winding its way through the lacking respect and putting on fronts to get by in order to achieve dreams. The lushly subdued “Pink Sky”, which promises “there’s no rush / no rush / he’s howling at the moon", proves it doesn’t have to be all bright and shiny – sometimes, things need to get real for a second to make sure the train stays on the tracks.

Lyrically, Kirke moves into the top tier of writers. Even references to alien conspiracy theories from questionable lovers who take the nihilistic quote "fuck the world" a little too seriously on "The Crime" deliver a kick and punch before a kiss and a wink.

“Stay Drunk” avoids dealing with the consequences of actions, while the ‘80s call-back “Better Than Any Drug” ensures those actions keep you coming back for more with an exhaustive lyrical wink-and-smile run the Class-A list. Undoubtedly life is about seizing the day, and in the trickles of pedal steel and glowing synths, on Lady For Sale Lola Kirke encourages the exploration of mistakes while knowing that you only live once, so have some fun with it, yeah?