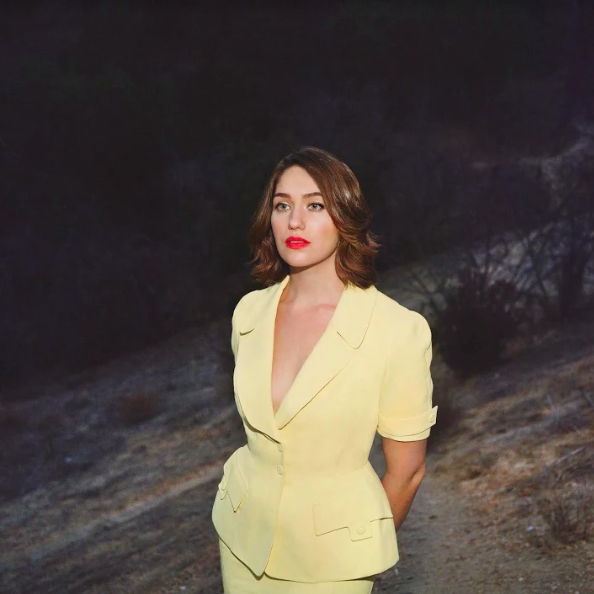 Being the youngest sibling in a family like the Kirkes comes with a lot of pressure.

Lola’s father was the drummer of bands Free and Bad Company, her mother a designer, and sisters, Domino and Jemima, are a musician and an actress respectively. Big shoes to fill. But Lola isn’t intimidated – or at least, not on this evidence.

Her songwriting sounds effortless; perhaps that’s because she’s been doing it for years in secret. It was only after a little encouragement from her boyfriend (Wyndham Garnett, who also produced the record) that she felt ready to showcase her music.

Kirke was born in Westminster, and grew up in New York: it's not just her heart heading west. The whole record has a country twang, particularly on "Bad News" and "Turn Away Your Heart". The album is sepia-smothered, invoked in part by the lo-fi production (most of the time, the record sounds as if it was recorded live) and by Lola’s crackly, deep voice.

Lyrically, we're in very personal territory here. "Sexy Song" captures yearning and lover’s jilt, wrapped up in a sultry melody and an ironic title. "Supposed To" holds two middle fingers up, if only to cover tear-stained cheeks. "Point Of No Return" closes the album on a sweet note – “if the cake ain’t missing how’d that icing get all over you? You’re the biggest chocolate covered liar I’ve ever seen”. Then there’s the title track – a meditative interlude – followed by "Out Yonder", a sprawling, psychedelic ballad.

There’s an overarching softness to the whole record. Even on the more aggressive tracks like "Supposed To", there's vulnerability at its core. On her debut LP, Lola Kirke offers up an impressive set of songs, putting her own spin on the ‘70s rock and 21st century country for which her family name is famous.