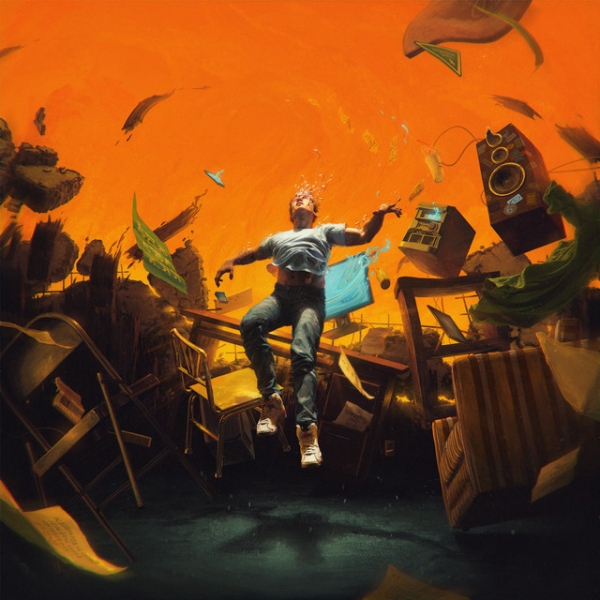 Logic’s swan song No Pressure is an album that finishes his career on a high point.

Teaming up with long time friend and producer No I.D for the first time in six years. Over this time, Logic, born Sir Robert Bryson Hall II, has released five studio albums and two commercial mixtapes, and headlined five tours. He has topped the charts as a featured and solo artist, earning him an ample number of gold and multi-platinum plaques. So naturall, ss hip-hop enters a new decade, the Maryland native bids adieu with a 15-track sequel to his 2014 debut album, Under Pressure.

Throughout the album we find instance after instance of Logic wrestling with the fruits of his 2014 prophecy. On “Hit My Line,” while speaking with God, Logic admits to being addicted to fame, and how that has harmed him for all-time. “Open Mic\\Aquarius III,” see's Logic returning to the line “fame is not a blessing,” and closes the two-part track with a promise he’s happier without the internet. Immediately following, on “Soul Food II,” Logic mentions his son and his legacy, paired with another call to “OCD” in reminding us, and himself, that money is not the key to happiness. While on standout track “Heard Em Say” he raps about he wants to inspire others and that it’s possible to get out of the hood and follow your dreams.

Logic’s No Pressure does what all retirement albums should aspire to accomplish: conclude a rapper’s career on a high note. Lyrically, the whole affair is on par with the best material Logic has released through his short by most standards career, and the Maryland rapper is keenly aware this is it.

Every song, from the start of No Pressure to the final seconds of “Obediently Yours,” is in acknowledgment that No Pressure is closing a door Logic never intends to reopen. At the same time, it gives us one last hurrah for everything Logic loves about hip-hop.

No Pressure is driven by love, a love of life, a love of self, a love of music, and all the feel-good emotions that come with entering a healthy, happy maturity. Logic embraces being a man with a son to raise, businesses to run, friends to support, and his mental health. He sheds the boyish charm and adolescent insecurities for self-confidence that is contagious. As a listener, you feel uplifted by the soul-sample driven production and the spirited, positive picture spilled by a voice who is eager to let the world know: I’m better than I’ve ever been, thank you for everything, hope you enjoyed the adventure and goodnight.