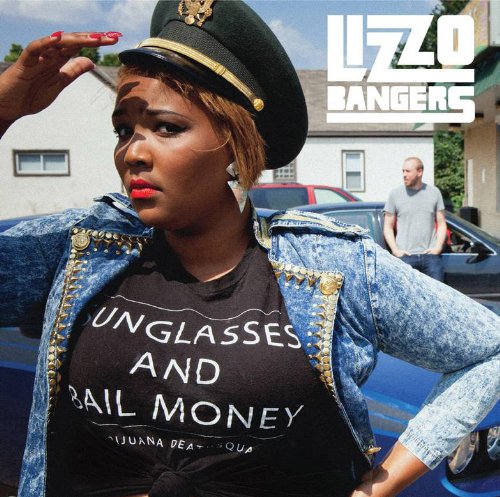 Since moving to Minneapolis in 2011, Lizzo has been setting off the Twin Cities hip-hop scene, winning over crowds and collecting plenty of local acclaim with her groups the Chalice, GRRRL PRTY, and Tha Clerb. And now, the vibrant MC has put together a spirited new solo record, Lizzobangers, with the help of Doomtree DJ/producer Lazerbeak and Gayngs/Marijuana Deathsquads/Polica mastermind Ryan Olson. The self-assured results of their fruitful collaboration are featured throughout this raucous, inspired album, which finds Lizzo seizing her moment with a tight, potent grip on the mic that she doesn’t loosen once during the record’s 13 banging tracks.

Throughout the collection, Lizzo delivers her flair-filled rhymes with original styles that switch up seamlessly to suit the beats and topics that propel the songs forward. There are also plenty of catchy choruses and hooks to fully draw the listener into Lizzo’s never-ending party, with the rapper keeping things real throughout and never falling victim to the easy temptation to brag of riches and fame that are out of reach for indie artists in this modern musical climate. “Because I don’t got a car yet, and well that sucks/Being a rapper these days ain’t what it seems/Nah really, you ain’t making all them big bucks,” she spits on the infectious “Wat U Mean”, candidly admitting that she’s fighting for everything she gets while remaining resolutely committed to her music for the love and not the money.

Lazerbeak’s imaginative, propulsive beats continually push things to the next level, with Olson’s refined recording and edits (along with hypeman Cliff Rhymes lyrical flourishes) giving these tracks an inspired pulse. But Lizzo still has more than enough room to eloquently and intensely express herself, hitting us with rhymes that churn with a confidence and edge that demand your attention even while your nodding to the beats. The record bursts to life with the ominous “Lizzie Borden”, and never lets up or looks back once, with “W.E.R.K. Pt. II” tackling critics and haters venomously, and the sultry “T-Baby” singing the praises of black artistic excellence while refuting lazy ignorance, all tied together nicely by some swinging hooks and Lazerbeak’s inventive beats.

The dynamic burst of “Faded” forms the aggressive centerpiece of the record, with Beak’s energetic production barely keeping up with Lizzo’s fiery flow. The confident MC has it in high gear at this point in the album, delivering her fresh, poised rhymes in “Hot Dish”, “I ain’t got no beef with nobody/But these bodies need to realize that this is no hobby./I ain’t your hook girl, boo, I’m your feature/And I don’t need your attention ‘cuz of my features.” On the relentlessly infectious jam, “Batches and Cookies”, Lizzo hooks back up with her cohort in the Chalice, Sophia Eris, and the two friends energetically lose themselves in the vibrant spirit of the song.

The guitar-fueled riffs of “Pants vs. Dress” keeps the festive vibes going strong, with the old school beats really complimenting Lizzo’s rousing, assertive rhymes. She finally catches her breath a bit on the soulful, smoothed-out “Go”, before the album catches fire once again on the lineage-inspired “Bloodlines”, with Lizzo reminding herself and all of us to not waste the efforts of our ancestors and, “Don’t make the past feel like a mistake.” Lizzobangers comes to a resonant end with the playful “Bus Passes and Happy Meals”, again reminding us that Lizzo is totally committed to her hustle, and ready to take over any club, radio station, or stereo that bumps her fresh, inspired songs.