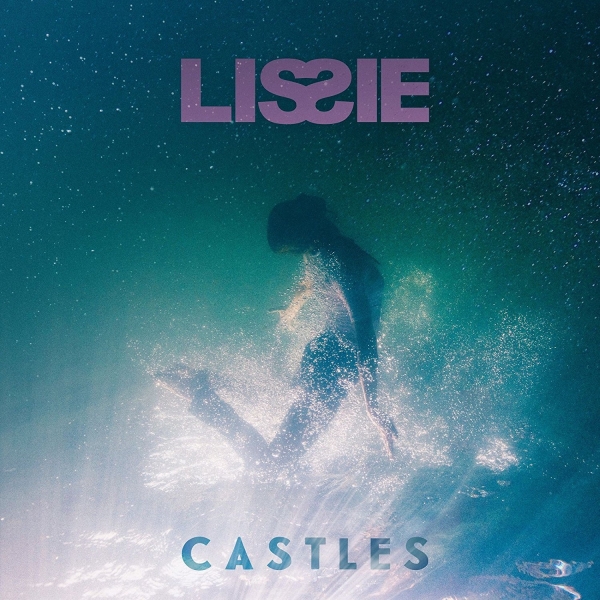 Lissie’s fourth album Castles is her most intense, open and raw yet – which seems to be in contrast with the fact it’s the most all out pop record she’s made thus far.

But this is not pop in the mainstream sense. It’s far from overproduced – in fact it sounds loosely handled and raw, even when featuring much less guitar than she’s used before. For all the structured beats and hooks here, Castles contains emotion as bare you’ll hear in any pop album ever.

This dream-pop LP presents a growth both musically and emotionally. There’s a running theme of feeling grounded, of resolutely presenting the realities of life, and a self-awareness like never before. Even though she might still not know what she wants, Lissie’s experienced a lot, and that’s enough to feel content with for now. Castles moves from darkness to hope, and ends not with a conclusion, but possibilities.

The album was written mostly at Lissie’s new home in rural Iowa. Perhaps this new-found location provides a sense of permanence, as Castles sounds so rooted and reflexive that you wonder whether the limitations of a home studio perhaps even assisted in its creation. Going back to basics has helped her experiment with stripped back synths and creative electronics in a way she may have never tried before.

Opener “World Away” sets a dark, ethereal tone at the album’s beginning. The next few songs continue in this vein, with the title track featuring a more open Lissie than we’ve heard before, sporting an edgier delivery kept up throughout the rest of the running time.

The turning point comes with the stripped back, piano-driven and quite frankly brilliant “Blood and Muscle”. Lissie has always had a way of making deeply personal songs sound universal, but this is among her best. Dealing with more than just romantic love, it’s about forming and trying to keep any relationship stable and wholesome. The lyrics are simple and direct, but it’s her soaring delivery that makes them special. She repeats “I want a love that’s made of blood and muscle”, pushing the message to anyone listening not to sacrifice any part of themselves or settle for a love that isn’t raw and real.

“Boyfriend” also focuses on never compromising any part of yourself for another. She repeats “I don’t want a boyfriend / I don’t want a house built on the sand / I don’t want a lover / I want a man” on a song otherwise brimming with natural – and especially watery – imagery. It’s a thread that runs throughout the record, and provides a palpable feeling of freedom to the songs, even a sense that Lissie is finally free of attachments. It’s also a reminder of how much a repeated, lilting, simple melody can be so effective.

Castles’ frequent use of nature imagery makes a lot of sense: having grown up in the Midwest, but spending most of her 20s in California, Lissie recently moved back to farm life in Iowa. The classic country vibes so present on her first album (2010’s Catching a Tiger, which was recorded in Nashville) are apparent in many places here again, such as on the upbeat “Best Days”, a country song that has a forceful hopefulness for the future.

Infectious moments abound, such as “Love Blows”, a damning indictment of when she was a “silly girl” pining clichés like “I need your love / I want your love / I can’t go on / without your love”. It is a pop refrain that conjures up imagery of teen girls singing in their rooms with hairbrushes as microphones, but she is here to tell them the truth – love blows.

Lissie is well known for her brilliant covers, including of Lady Gaga’s “Bad Romance” and Fleetwood Mac’s “Go Your Own Way”. However, here she speaks unequivocally in her own words. She’s gone through many stages – three previous albums, numerous cover versions, TV show appearances and international tours – to find her voice, and the progression is shown most clearly during the album’s most emotive track, “Sand”. The song is a journey, moving through anxiety to hope to acceptance. From admitting she’s crying her eyes out, to wondering “if someday I’m gonna laugh about it” to repeating “Can’t you feel this dream just dying?”, Lissie shows us that even the baddest of badasses goes through emotional turmoil. Like she says in “Blood and Muscle”, she wants the strength to “laugh at the dark”. Maybe now she can find that strength.

The final song reflects the feeling of permanency Lissie now seems to be enjoying. On “Meet Me in the Mystery” she sings “I am ready to let go / Get me out of the familiar / I wanna know what I don’t know”. It’s one of those songs where you can’t help but lean in and listen, and it wraps things up in a similarly ethereal way to how the record started. The harmonies sound pleasingly rough, in classic Lissie style – she isn’t polished, and if she was, it wouldn’t be Lissie.

Castles is a message for those who are feeling uprooted – find self-determination, and never concede your power for love.