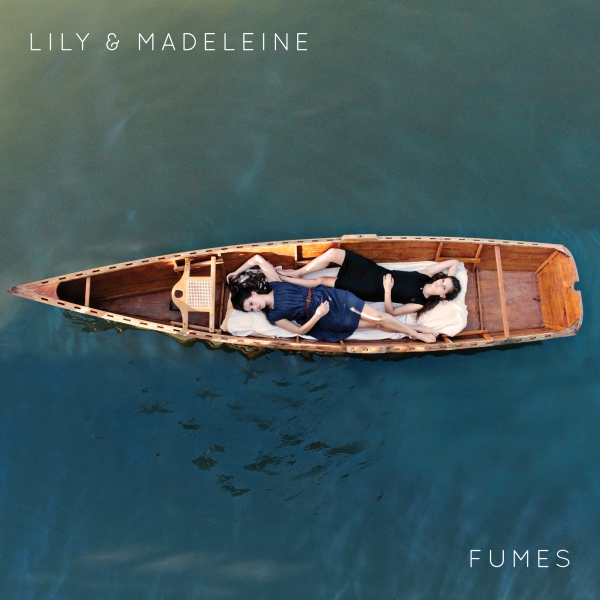 “Lovely stuff” - the memorable ‘quote’ from 80’s singles-selling monster Shakin’ Stevens, used to promote Alan Partridge’s pulped autobiography Bouncing Back - it’s also how I would describe Lily & Madeleine’s self-titled debut album. Whilst the sweet and delicate melodies may have not been Directors Bitter strength, they were certainly a good session beer – palatable, if not a bit dull. Given the age of the performers in question, still only 16 (Lily) and 18 (Madeleine), there’s a feeling that just like a fine wine (or a bottle of Blue Nun perhaps), time can only make things better.

The Indiana duo sings “complacency is the currency/good enough is enough for me” but this couldn’t be further from the bands current ethos. Fumes is the first in a grand plan to release an album a year for the next three years, quite an exciting prospect  given the sometimes fleeting nature of the 21st Century singer-songwriter.

It’s apparent from the robust nature of the opening track that this record has spent more time incubating in the studio. Violins bleed into "Rabbit" where we hear distortion of all things - this lightly-fizzed riff meanders in to a poptastic chorus where the seamless blend of harmonies fight to cut through the mix and be completely decipherable. It’s mostly a pleasant surprise and an obvious sign of evolution, but the instrumentation is too stiff and polished to signal this as a viable new avenue for the traditionally acoustic siblings.

There’s been a specific attempt to market this record as a more “mature” release; an attempt to shun the angelic and innocent vibe which dominated their first record. Although songs like "Cabin Fever" and "The Wolf is Free" draw on darker themes, there is still a sense that uninventive melodies and forgettable arrangements are being disguised by the girl’s signature harmonies.

"Lips & Hips" is the moment where the promises of this record become the closest to reality. The teenagers growing maturity as females is evident in the lyrics “leave to find out who you are …though it’s permanent to me / I can see/ my lips and hips are all you need”. Their increasing awareness of sexual objectification however comes on a record that feels frigid and actually lacks a certain sex appeal or sense of danger.

The duo has always been at their most provocative when sombre; the added texture from the synthesizers on this record have allowed them to create quite beautiful and introspective pieces like "Can’t Admit It" and "Blue Blades" - the latter of which being the most fully formed, with the layering of synths, piano and strings providing the sort of base that would allow for a quintessentially melancholic David Gilmour guitar solo.

Undoubtedly Fumes indicates the progression of the duo’s ability to weave more intricate soundscapes into their work, but unlike my favourite folky album of the year thus far, Passerby (Luluc), Lily & Madeleine shy aware from the abrasive and uneasy tones which prevent the melodies from drifting past uneventfully. As the first in a series of three quick-fire records, I’m less inclined to persist with Fumes and instead eagerly anticipate the next release, which given the ideas presented here , could potentially could see the pair at their most confident and prolific yet.