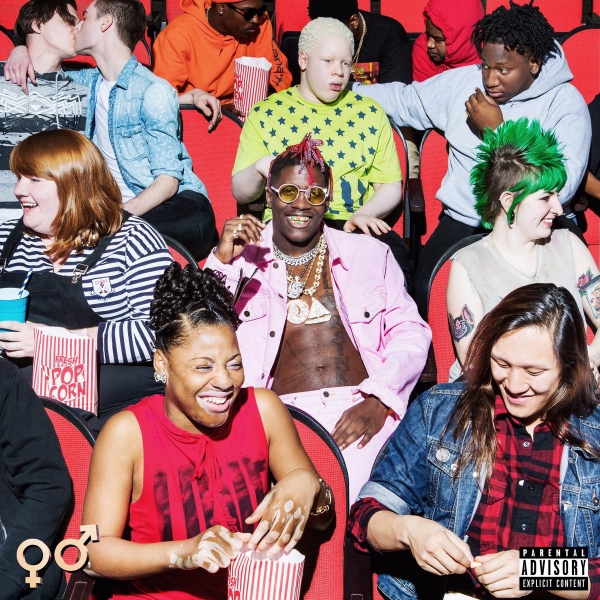 Lil Yachty’s debut album won’t validate him to the rap purists who see him as an abomination to the genre. What Teenage Emotions does that’s more important both in the short-term and for his overall career prospects is prove that he should not have to answer to the hip-hop community in the first place.

Arguably, Yachty’s project is as much of a playlist as Drake’s More Life. Clocking in at more than an hour and 21 tracks the album has plenty of duds, but few of them are important enough from a narrative sense that you can’t simply omit them from your listening experience. In a way, it’s a testament to the excess of youth, but also to the outsized expectations and pressure foisted upon the 19-year-old Atlanta-based creative. Most of Yachty’s best moments on Teenage Emotions come when he’s s far away from a conventional rapper as possible, but he stills feels obligated to try and prove his skill on tracks like “Harley” and “DN Freestyle".

Perhaps because he has been made to answer for his generations’ inclinations and transgressions over and over again, Yachty somehow feels even more youthful than your typical 19 year old. He’s not Matt Ox, but all of the fellatio references (and there are plenty), feel especially craven, even if they’re hardly unique. There’s a level of naked emotion in his vocal delivery that makes his lyrics feel more genuine and off-the-cuff, a quality that he occasionally finds the right use for and one that will surely prove more beneficial for his career than any amount of traditional rap savvy he picks up over the next few years.

Unlike some of his trap rap counterparts such as 21 Savage or Quavo, cleverness is not one of Yachty’s strengths, save for a few choice quips on shit-talk tracks like “Dirty Mouth” (“I saw your Rolex, brother / That bullshit started rustin’”) and “X Men” (“My AR keep a AR / He find the heat while he tote the heat”). Teenage Emotions is filled with clunky lines (“I got slapped in the face with a blessing slap like pow” on “Say My Name”), and its best moments are closer to pop-punk and synth-pop than anything resembling traditional hip-hop. In the past, his auto-tune was working overtime to the point that you could easily picture his engineer sweating in the studio, but he has made noticeable improvements as a singer that are evident.

Take the emo confessional “All You Had To Say”, which is related to hip-hop only because it employs 808 drums and references rap tropes. The melodies, chord progressions, and themes are closer to mid-2000s alternative bands like Say Anything, and Yachty sounds far more comfortable atop these instrumentals than straining to keep up with the beats on records like “Peek a Boo.”

The ‘80s thump of “Bring It Back” sounds suited for his Target commercial co-star Carly Rae Jepsen, and he does a nice job crafting a staccato rhythm on the verses and chorus. The booming outro sax makes the whole affair recall M83’s “Midnight City”, and it’s one of the album’s most purely enjoyable cuts.

Force of personality also plays a major role in the successful moments of Teenage Emotions. He’s severely outclassed as an MC by both YG and Kamaiyah on “All Around Me”, but he finds a killer, soaring melody on the hook, and he delivers a surefire hit with “Forever Young".Would the latter be an objectively better song if someone like Justin Bieber were the lead vocalist and everything else remained the same? Probably, but the point of Yachty isn’t that he’s a better vocalist than his peers, but that he’s willing to stretch his skill set and try things that many of his peers would not.

Sometimes, that willingness to be risky goes horribly wrong. “Priorities” is a grotesque experiment in candor that simply should not exist. There’s a brazen allusion to incest (which comes just a few tracks before “Momma,” a fairly touching ode to the woman who has always been in his corner), and even for an artist whose calling card is callousness and teenage bravado it’s impossibly to understand how he thought this was a good idea.

Additionally, given that the album cover depicts a diverse swath of American youth, it would have been nice to see Yachty stray from heterosexual rapper fodder more often and maybe do more to talk about the complicated emotions of adolescence. The boasts here feel perfunctory, particularly since Yachty has the willingness, if not yet the skill, to make his pain and genuine emotion come across on record.

In its best moments, Teenage Emotions is a clear step in the right direction for Yachty because it moves him further away from being boxed in as an MC. This album proves that a great (or at least very good) Lil Yachty record is achievable, but that when it comes it will have as little rapping on it as possible.