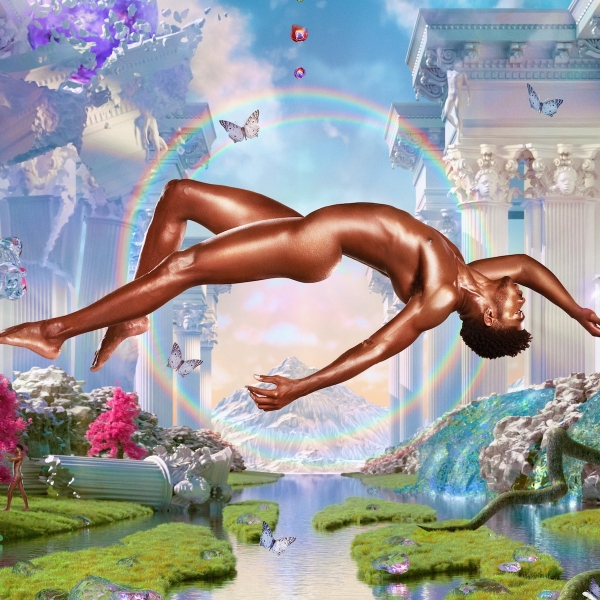 Tim Berners-Lee would not be happy with how many times his precious World Wide Web has been broken. The most persistent re-offender being the infuriatingly-cool Lil Nas X. The artist who brings out the most conflicting of emotions in people has birthed a true labour of love with MONTERO, and simply, the internet may never be the same again.

With an album rollout spanning almost nine months, MONTERO and its progenitor Lil Nas have been some of the most talked-about subjects on the interweb. Whether it’s the image of him giving a lap-dance to Satan eternally burned into our memories, sneaker lawsuits, twerking jailbirds, endless remixes and re-works, viral videos, countless clickbaits, a shock pregnancy, hilarious billboards and the layers of his Met Gala attire - there’s nothing Lil Nas hasn’t meme-ified. Spinning anything and everything to his favour.

Rap star, rock star, pop star. Offspring of the Internet. Lil Nas X’s masterplan comes to fruition by delivering an album built to enshrine the era he has lived through, with the ability to fill anyone’s empty space. While queerness and pop have always gone hand in hand, few have embodied it like the image of a human seahorse covered in glitter. We digress...

Comprised of 14 tracks, MONTERO plays out like a ‘How To’ audiobook on creating the perfect pop project. Executively produced by one of the most unique duos in the game Take A Daytrip, and accompanied by the epigenetical musical genius of Omar Fedi, MONTERO - like its creator - is witty and sexy. Exhaling teenage angst, rapping over super bassy 808s with a couple of trumpets added in for good measure. It’s got emo, pop-punk and hip-hop cooked up family-style with all the campness of Broadway, sprinkled with some nostalgic rural strings from the Old Town days.

Featuring some of the best-known viral superstars of the last year: Jack Harlow on “INDUSTRY BABY”, detailing his headline hitting master plan with Doja Cat on “SCOOP”, Megan Thee Stallion (“DOLLA SIGN SLIME”) as well as THE Rocketman himself Elton John (“ONE OF ME”) and the infamous provocateur Miley Cyrus with her husky melancholic tones on finale “AM I DREAMING”.

MONTERO proves that Lil Nas X and his posse have an ear for anything that will pop (literally). “LOST IN THE CITADEL” capitalises on Machine Gun Kelly/WILLOW inspired muted chord riffs battered by Travis Barker-esque drums. Out of the deafening heart-breaking silence of “VOID”, Lil Nas smashes into one of the hardest tracks on MONTERO - “DON’T WANT IT”. Not ending there, the project carries on with a wailing vocal solo wrapped in distorted guitars on “LIFE AFTER SALEM” with the closing track symbolically featuring Miley, who's father Billy Ray Cyrus assisted Lil Nas X’s come up.

Through all the noise, let’s not forget the message of “CALL ME BY YOUR NAME (MONTERO)”: this album is a letter written for our younger selves and it is nothing short of iconic.