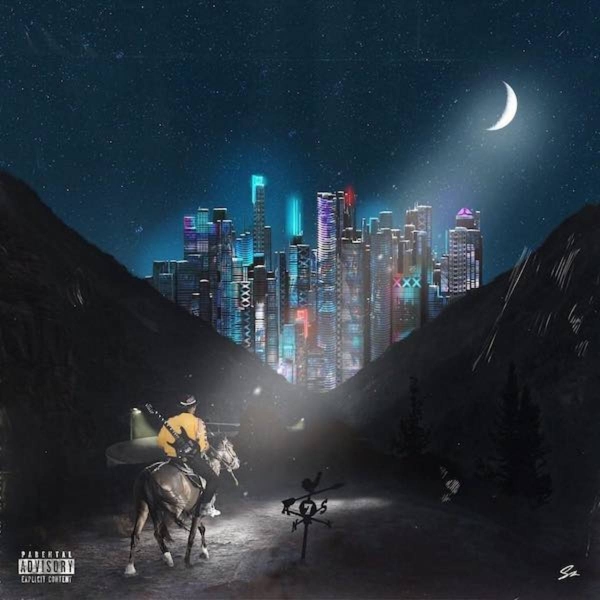 It was hard to know what to expect with Lil Nas X’s debut EP, and equally as hard to figure out what to make of it.

It's hard to believe his entire discography was once “Old Town Road”, a country-trap banger that garnered enormous attention everywhere— the club, the store, the laundromat, the family cookout— and had its fair share of Billboard controversy when it was pulled from the US Hot Country chart for “not embrac[ing] enough elements of today’s country music.” It was virtually inescapable, and to this day, continues to top the charts at #1. Riding the success of this history-making single, Nas X has finally released his long-awaited debut EP, 7. To say it plain, '7 EP' is no worse than you’d expect, but no better either.

We’ll admit, it’s incredibly hard to follow up to a single that was so widely received, especially one that debuted high on the Billboard 100, knocked T-Swift out of the #1 spot, had a near uninterrupted presence on the charts, and became a shining beacon of pop culture for months— all this especially for someone who's only ever released a single track. But, with Nas X’s propensity for dynamic melody and catchy verses that shone forth on :Old Town Road:, one has to wonder: where did that go?

7 begins with “Old Town Road” — the remix, with Billy Ray Cyrus— subtly setting the tone for the work. “Panini” comes next, and the stellar production quality is immediately evident. Clocking in at just under two minutes long, it’s a half-sung, half-rapped genre-melding song that makes resourceful use of synths to create what is, at its core, a club-ready pop song. Here, Nas X sings against an incredibly fresh beat that gets remixed and interluded a few times by competing vocal tracks and whistles.

“F9mily (You & Me)” is another of the more upbeat tracks on the EP. Produced by Travis Barker and more of a rock song than anything, “F9mily” sounds like it belongs in the background of a cartoon fight scene. An unsuccessful attempt to switch things up, “F9mily (You & Me)” moves too fast for its own good, and the presence of autotune does more harm than anything. Like “C7osure” and “Bring You Down”, it feels like a strangely placed interlude that weaves drunkenly between ambient sound and rock-influenced pop, with the half-sung vocals that gave “Panini” it’s charm falling flat against this one’s instrument-driven background. Each of these three songs has their highlight, but on none of them are enough to outweigh the negatives.

Like “Panini”, “Rodeo” is a saving grace. It can't eclipse "Old Town Road", but with a fun cameo from Cardi B, it rises from the ashes with its hit-worthy beat, and quickly becomes one of the most earworm-worthy songs on the tracklist. While it resembles a large portion of today’s top hip-hop singles to a T (right down to the Cardi B feature), it does so with a unique twang that makes this one worth a listen.

7’s biggest pitfall, though, comes with its lack of harmonic coordination. By virtue of its length (and the shorter song lengths as well), 7 scratches the surface of quite a few genres (rock, pop, and of course, hip hop), but never dives quite deeply enough into any of them. In such a short amount of time, 7's sound bounces between brazen trap and hip-hop to more off-kilter pop-rock songs, but does so in a way that prevents the crescendo of any one genre from ever fully being realized, relying too heavily on songs that fail to start strong, and others that fail to finish when they should.

To put it frank, the 7 isn’t going to change any lives, but oddly enough, it doesn’t make you wish for your 18 minutes back, either. It’s not without its standout moments— the beat of “Panini” and “Rodeo” are genuinely capable of consuming the listener— and the potential of the eight-track is evident throughout moments like the swelling orchestra at the end of “Kick It” end and the disco-esque chops that carry the backbeat of “C7osure”. If anything, 7 showcases a distinct hunger for growth and a willingness to test out alternatives until something sticks. There were some standout singles of strange allure, such as the nostalgic “F9mily”— which interpolates Nirvana more than “Panini” does— and the well-rounded “Rodeo”, but ultimately, 7 EP as a whole proves far too generic, flat, and predictably radio-ready.

All in all, it seems Nas X felt the pressure on him to produce an album quickly while the iron of “Old Town Road” was still hot, and more time spent writing lyrics and perfecting beats may have paid off. Such is the weight of expectation and longing in the music industry, and as it has so many artists in the past, it has put Lil Nas X at a disadvantage as well. Great rap and hip-hop bangers are all around us nowadays, and Nas X has proven himself capable of producing such in the past. But here, in terms of catchy beats and somewhat meaningful lyrics, each song has one or the other, and Lil Nas X just needs a little more time to get them to match up.