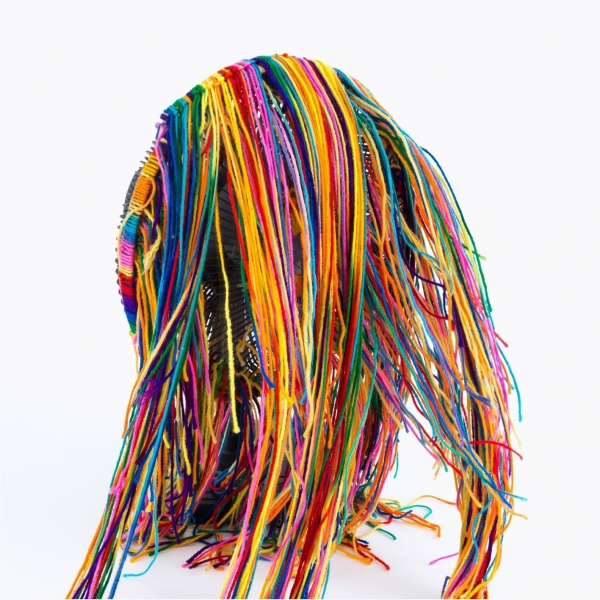 A restlessness has always underpinned Liars’ approach. Throughout their career, so far clocking in at seven full-lengths, they have hopped from genre to genre which such verve and consistency that with each new album, no-one is really sure what to expect. Indeed, the only real expectation people have of Liars nowadays is that they will be headscratchingly good. It’s a relief then, to learn that this album fits the formula.

The first track, “Mask Maker”, is downright terrifying. Unsettling pitch-shifted refrains of “Take my face/ Give me your face” assault the listener before giving way to a thudding, reverberating synth line. It’s an astonishing way to open an album, an acid test of sorts. Too adversarial or disparate for you? Move along. However, should you enjoy your music with a healthy dose of psychosis, then come on in, the water’s lovely.

A standout on an album containing many, “Vox Turned D.E.D.” is vintage Liars. Percussive and catchy, it’s a five-minute distillation of their most recent reinvention: chaotic synths and unhinged beats. Heck, it even boasts their penchant for giving sub-editors a headache. “Pro Anti Anti” is a bombastic banger, using drone to such danceable effect that you don’t notice how audacious a track it is.

The lead single “Mess on a Mission” is also duly nuts, albeit housed in a friendly and familiar verse/chorus structure. The chorus’ squawking vocal line is infectious, and frontman Angus Andrews’ embittered rally of “Facts are facts/And fiction’s fiction” is the closest to a singalong this band are going to provide.

Despite its pugnacious messiness, Mess is affecting too. “Can’t Hear Well” is stripped down to just Andrews’ crackled croon and a warped synth sample, and provides an unlikely poignancy. If “Mask Maker” is the album’s ugliest moment, this is undoubtedly its prettiest.

Interestingly, the final third of the record further loosens its demented grip on the listener. The tracks become a touch more bucolic, and more spatial. It’s a wonderful juxtaposition from the fireworks before and it makes the whole album rewarding. “Dress Walker” is sparse enough to sit on their previous, more restrained, album WIXIW. “Left Speaker Blown”, the final track, is a gentle, almost stately number that sees the record peter out in stark contrast to the aggression with which it started.

Liars, then, continue to push the envelope of what they are capable of, and what they are prepared to put their listeners through. Mess is characteristically confident and brash, but humane and enduring. In short, it’s up there with the rest of their unerringly brilliant back-catalogue.