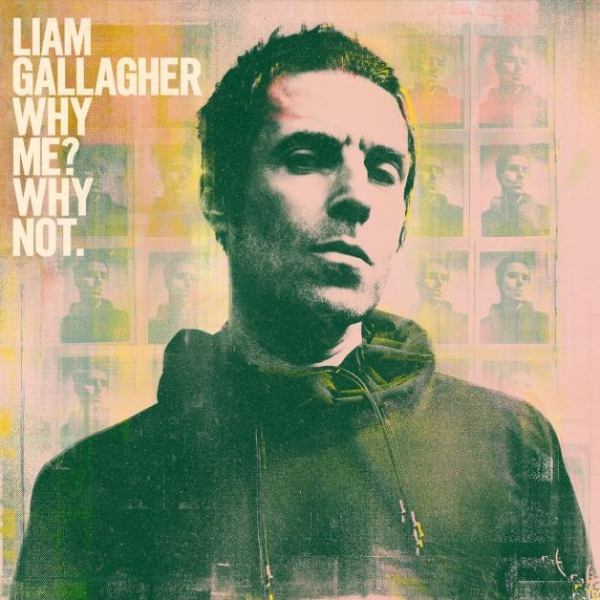 Well, “Shockwave” was certainly no “Wall of Glass” and for those still at all interested in what Liam Gallagher may have to offer musically, they likely met it was a collective grimace.

Good news is, “Shockwave” is one of the worst things about Liam’s second solo outing, Why Me? Why Not. Where debut As You Were leaned on its rockers – songs Liam’s voice was clearly built for – as an antidote to the album’s largely amorphous, vanilla balladry, Liam’s sophomore offering succeeds despite them.

Engaging co-writers for each track on Why Me? Why Not, Liam reportedly desired to record a better As You Were, which he declared was braver than altering the blueprint at all. I’ll happily call bullshit on that line of logic, but his further point of recognizing singing as his strength and songwriting as his weakness is the most self-aware and perceptive comment either Gallagher has ever made professionally, and Why Me? Why Not clearly benefits as a result.

The ballad singles “Once” and “One of Us” sport an endearing melodicism highlighted by pitch perfect vocals. Keeping the songs concise and structured allows Liam to toss in the obligatory string accents – all over the place – without weighing the songs down or coming across too sappy. Conversely, “Shockwave” and “The River” are lunkheaded stompers and the album’s momentum flags over its last several tracks, closer “Gone” featuring a groan-inducing spoken word segment.

The best thing on the album, and the best thing Liam’s ever done on his own, “Now That I’ve Found You” is a snappy little tune devoted to his daughter whose fizziness would seem an awful pairing of song and artist. But my goodness, Liam inexplicably executes it flawlessly; he’s completely unmannered and unassuming and the song features his most dexterous and downright joyful vocals to date. If there’s anything since Oasis’s demise to suggest Liam Gallagher musically may be more than we all bargained for, this song is it.

It’s difficult not to read countless lines throughout Why Me? Why Not as references to the decade-long stalemate between the Gallagher brothers – “You sold me right down the river”, “you said we’d live forever / who were you kidding?”, “I used to go away / and come back another day / but now I don’t know how long I’m gonna be gone” – whether Liam intends or wants us to. However, while most everyone figured Liam would be the one pandering for a reunion and crawling back time and again, Why Me? Why Not offers evidence that Our Kid is going to be just fine on his own.