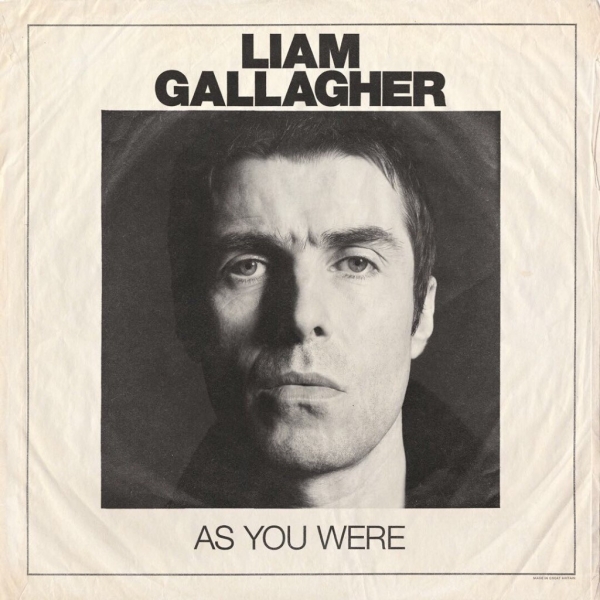 The day has come. The day that the full spectrum of from hardcore Oasis detractors to fervent Oasis devotees had come to dread. Liam Gallagher has released a solo album.

As Oasis’s demise lurched forth at the speed of Noelrock, many a fan and former fan looked promisingly ahead to not the “if”, but the “when”, of a Noel Gallagher solo album. Blindly rooted in nostalgia and the belief that Noel had simply become diplomatic with the songwriting duties now that he was surrounded by the “serious musicians” of Oasis MKII, his latter day Oasis material and the gaping dearth of decent and original b-sides should have provided clear warning to temper expectations.

Nevertheless, Noel’s solo debut proved more solid cover to cover than any post-Bonehead/post-Guigsy Oasis joint, implying that The Chief could at least make do with a smattering of solo fare chocked into a set of Oasis former glories. Our Kid, on the other hand, was largely – and probably rightfully so – expected to become tabloid fodder, or maybe trundle out an Oasis cover band of sorts and honk out the hits on the club circuit.

Never letting up on his competitive fervor, Liam did beat big brother to the punch with Beady Eye (see: “Oasis cover band of sorts”), guiding Gem and Andy through fields a-plenty of colourless, obvious good old day pastiche (“Beatles and Stones” anyone?

So here we are today staring at Liam’s As You Were squarely between his beautiful doe eyes and lush full brows. The Kid’s done a bang up job on social media tagging more than every other tweet, regardless of topic, with the album title at the end, and managing unironically to run out of cell battery in the middle of tweeting the track listing a song per tweet at a time. And, hey, turns out the apocalypse isn’t so nigh now after all…..

….though check your mediocrity-exceeding-low-expectations-cum-pleasantly-surprised praise at the self-consciously stripped back jacket sleeve door. As You Were isn’t surprising in the slightest, really. The tracks are a cut above Beady Eye, to be sure, and “Wall of Glass” is a bonafide tune (lead single, duh, he was in Oasis and not a total dum-dum). Yet, much of As You Were is still as interesting as a staged home for sale’s décor; nice enough you don’t mind taking it in, but ultimately not the reason you’re really buying the place.

As You Were certainly will wear its faint praises of “mature”, “pleasant”, and “not as bad as we all thought” well and with pride. If there’s anything eye-opening here, it is Liam’s ardor and clear dedication in working his voice back in tune and singing properly, even if he does confuse swagger for charisma and plaintiveness for sincerity. As You Were’s chief accomplishment – again, unsurprisingly – is chalking up further proof that Liam can consistently rescue mediocre and subpar material with that golden, Northern whine of his.

A dozen “Wall[s] of Glass” might have made a better album than As You Were’s final product, which is more a compliment for the track than a knock on the album really, it’s a great tune and the best track Liam’s attached his name to by scores of country miles. His trademark devil-may-care posture seeps from its every pore, it’s melodic enough to plant roots in the brain, and steers largely clear of the expected lyrical mishap. While other tracks share some of these qualities, none of them tick all the boxes.

As You Were’s rockers fare best, of course, equipping Liam best to overcome his shortcomings than any ballad would. Even then, needless references mixing up crucifixes, “six-six-six”es, and the Grateful Dead in “Greedy Soul” still prove glaring, despite Liam hurling them at us with spittle-misted bravado. “You Better Run” and “I Get By” are also fine, and also as memorable and predictable as their album titles. On the other side of the coin, Liam often sounds as heavenly as his idol, John Lennon, on “For What It’s Worth” which sports a suitably arms-waving chorus, but also relies on Liam’s suspect ruefulness he trots out throughout the album on his slow numbers.

Hitting 45 years old should certainly reap some maturity, but references to his “Potato” big bro and all caps ranting tweets still suggest otherwise. Furthermore, are we to believe the conscientiously reformed bad boy serenading amazingly perfectly pitched clichés into our ears or the “I hope you go to hell….dont give a fuck, alright?” sentiment we’re accustomed to from Liam? Who knows and, actually, who really cares? Nothing on As You Were is cryptic or substantial enough to bother with either question.

As You Were is practically all comfortable, predictable, Oasis-without-Noel comfort food. Oasis themselves subsisted almost entirely of providing high-calorie, low nutrition escapism, and they were rightfully loved for it. No one’s going to love As You Were but the whole thing is eminently likable enough, which is not meant to be a compliment based on nominal hopes but simply a fact. There’s a fab leadoff tune, Liam sounds remarkable, and there’s an excuse for him to be out there touring, looking gorgeous as the Be Here Now days.

As You Were is full of tunes that sound perfectly fine wedged in between those Oasis hits in the set, which are the real price of admission for anyone these days anyway.