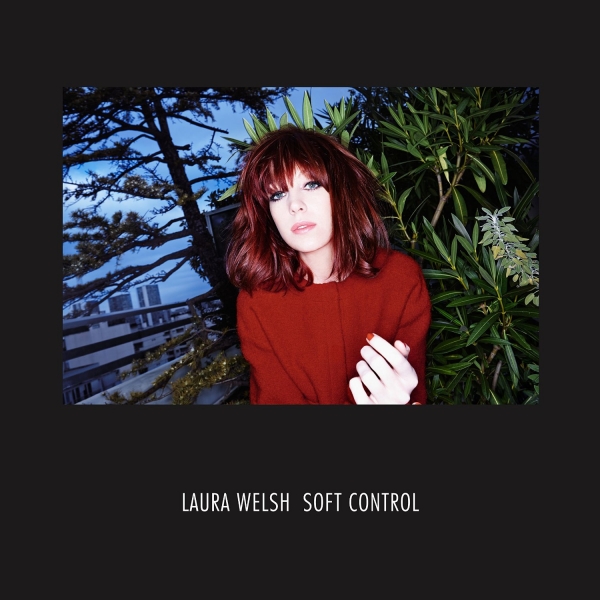 Having been tipped as a next big thing since 2013, Laura Welsh’s debut album has taken its time to arrive. Yet despite featuring a raft of collaborators, which may explain the delay (they include Dev Hynes and Lana Del Rey producer Emile Haynie), Soft Control sounds homogenous. The mood is cautious, blue and occasionally detached but that’s informed by the nature of the stories here, which like Björk’s Vulnicura explore the nature of love and heartbreak. The themes jump around the model of the five stages of grief - denial, anger, bargaining, depression and acceptance - and are narrated almost as an internal monologue, as she sings on “Still Life” “These conversations in my head turn into the words that you never said”.

The title track introduces her wonderful voice, which can move from a croon to a holler, as well as the records narrative, the soft control is seemingly passive aggression in the game of love and it’s not clear if the protagonist is the hunter or victim (“Sink into soft control/Make me numb, make me whole”). The sultry vocal melody is reminiscent of Bat For Lashes’ “Glass” from Two Suns and is complimented by the restrained instrumentation, all brooding strings and sparse drums which could be Mezzanine period Massive Attack.

“Unravel” is one of those songs that needs time to grow on you, but grow on you it will. The busy verse mutates into a slower paced chorus, which features the lovely line “Take what you want, take what you want from me and I’ll give you all my love, I’ll give you everything”, but with a sting in the tail “Just take what I don’t need.” It’s the bargaining stage of grief, “I know I made some mistakes, but I’ll be different, you’ll see”. “Cold Front” is the tale of an impasse, two lovers reaching the end of the road, but instead of anger there’s denial, with Welsh pleading “Silently we’re breaking, I don’t wanna leave you now.” With its frustrated wails this is mainstream R&B executed with an artistic hand and the iciness of the situation is recreated beautifully in the music.

The duet with recent Oscar winner John Legend, “Hardest Part” is both a heart-warming delight and a real standout, their voices dovetail like a modern day Marvin Gaye and Tammi Terrell. Whilst Legend occasionally comes over a little Barry White-lite at times, he brings a suitably awed level of devotion to the words, which are touchingly fragile “I’ve been lying to myself that I don’t need nobody else, but I do, I need you.” If she needs a hit, well here it is.

The end of the story “Hollow Drum” is the sparsest song here, a restrained, ice-cold tale of loss “All I knew was that there was fire in the room, but it got cold too soon”. It’s a fitting closer that sums up the themes of the record, with a detached independence.

There’s the occasional dip. “God Keeps” feels overtly frenetic, with the “No release” refrain a little too happy house compared to the superbly composed delivery elsewhere, a song like her 2013 single ”Undiscovered” would have been  a better choice, but is instead on the Fifty Shades Of Grey soundtrack. Similarly, “Ghosts” is histrionic rather than smooth, played at a slower tempo it could have been devastatingly cathartic.

Whilst there are echoes of the bluster of Florence and the Machine and the minimalist soul of Jessie Ware here, Soft Control is a distinctive take on modern pop and an album with crossover appeal. It ponders on the nature of modern relationships and the consequences of love, betrayal, partings and redemption in a wonderfully compelling manner, both in its words and music and was certainly worth the wait.