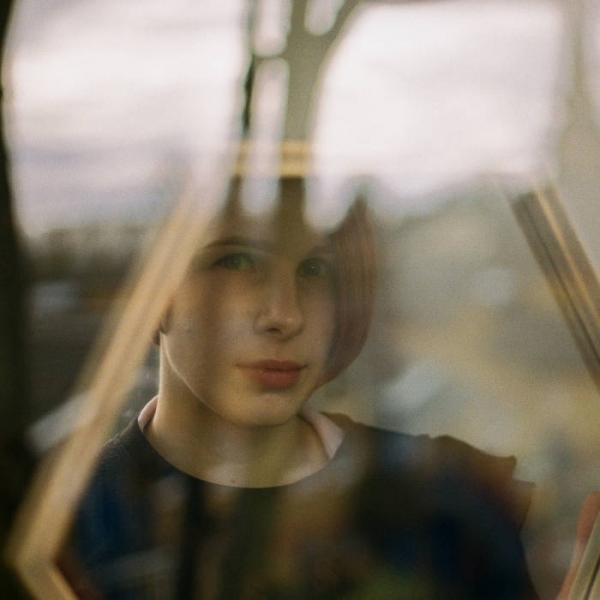 Can we ever truly know and help another, without first understanding and loving ourselves, accepting our imperfections? The personal wrestle raised by this question ties itself around Safe From Me, the debut album from London based Laura Fell.

The fact that Fell is a psychotherapist provides fertile ground for music writers; a chance to pour over liner notes and lyrics to extract profound statements and guidance. But Safe From Me is far from a self-help manual, it is a deep dive inwards. Fell attempts to chip away at the mortar of the walls we build around ourselves, crafting a personal reflection in the hope of finding understanding

Unpacking the often difficult elements of her own life and applying the same advice to herself that she gives to others Fell accepts that there are no quick answers, but indeterminate journeys to realisations that may allow you to know yourself that little bit better. The seriousness with which she has approached this self-analysis is evident in the pristine curation of the eight tracks that make up Safe From Me.

In unearthing every nuanced detail and surrounding herself with an impeccable host of musicians Fell has ensured a timelessness to her record free from the strict constraints of genre. Very few debuts can boast the luscious layering of Fleet Foxes (“Glad”), the deathly knock of Tom Waits (“Cold”) and the old before their time wisdom of Laura Marling (“Every Time”). It feels like an album made by a lover of albums, where every quiver of cello, coo of saxophone and plink of Rhodes piano has been carefully mapped out.

Fells powerful poetry exudes the same meticulousness. Walking along the dimly lit alleyways of “Cold,” fighting past thuds of double bass and clatters of percussion, she pleas for acceptance of her worst traits, as she is swallowed up in a gothic Victorian landscape (“Be warm to me / When I am cold.”)

The album’s closer “I Didn’t Mean To” emerges from subtly plucked bass strings and a ghostly vocal line to read like a tale of two lovers existing together but orbiting a different sun. Despite stiving and struggling to be as one on the same plain Fell understands that we can only ever truly know ourselves, and mourns the inevitable distance that can stalk relationships as a result (“And did I make you feel alone? / I didn’t mean to.”)

At times reminiscent of Vera Sola’s debut Shades, Safe From Me feels as if it has been picked up and dropped from another space and time, soothingly familiar but packed with an alien excitement. The album as a whole can be as heavy as you let it be and despite being devastatingly direct it never gets bogged down. For every darkened moment of late-night dread there is a jovial springtime two-step to follow. Ultimately Safe From Me is an understated masterclass in alternative folk, and deserves to become more than just a hidden gem.