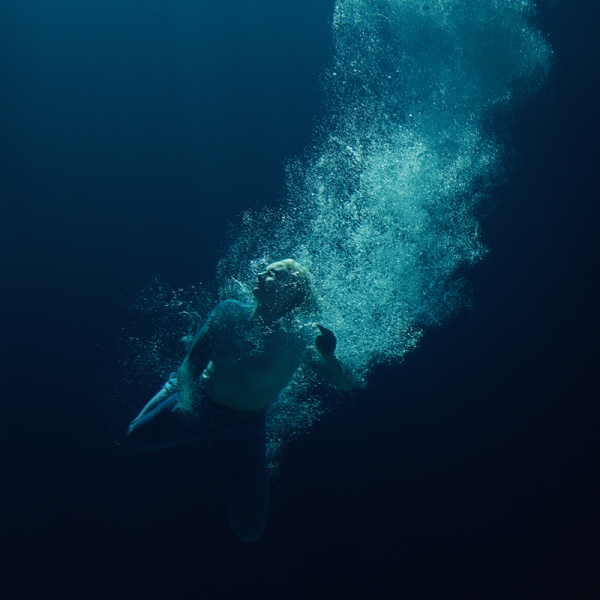 “I’ve got a conscience on my left / and decisions in my right hand” ruminates Låpsley in the eponymous opening track of her follow up to 2016’s stunning debut Long Way Home. By placing this body of work under the theme of water, Låpsley channels the free-flowing nature of the world, whilst contemplating her place in it all.

Through Water is an expansion of Låpsley’s fluid soundscape which is dominated by ambient electronica, but the common thread which permeates it all is a sense of growth, understanding, and acceptance.

Without coining the stereotypical phrase, ‘coming of age’, there truly is a sense of acknowledgement of the past, and anticipation of the future which lies at the heart of the album. This sentiment comes to fruition quite early on, in the likes of “My Love Was Like the Rain”. A pacifying sound bath washes over you before being littered with staccato hits of a synth and brushes of a snare which calmly come together and convey a feeling of testing out the building blocks of life in order to formulate some kind of sense through moments of turbulence.

Where her previous releases have seen Låpsley as the embodiment of the lo-fi bedroom star, Through Water oozes multitudes of confidence, and within that arises the clarity of stumbling upon the right path in life. It is testament that Låpsley’s sonic palette has grown ever expansive and more developed over the years, with “First” containing afro-beat tinged hues that add a blossoming amount of warmth to her glacial soundscape, and “Bonfire” conjuring imagery of drizzling embers of fireworks which soar across the soundscape, radiating the excitement of encountering something unexplored.

Though, that isn’t to say that the introspective ambient moments have been completely lost. “Ligne 3” is an echo of “Station” – the song that catapulted her into the limelight – in that it perfectly captures her melancholic musings on love. Ethereal strings are thrown in for added meditative effect, shimmering amidst the call-and-response nature of her spectral vocals and her soft-spot for down pitched androgyny which portrays two sides of a heart-breaking story.

From the confines of her bedroom, to the expansiveness of the great blue planet; Låpsley’s talents are limitless. The parallels between nature and emotion are prevalent throughout, and her silken smoky tones often find ways to mirror lyrical content between songs — “Sadness is an avalanche” (Sadness is a Shade of Blue) and “Happiness grows like ivy walls” (Speaking of the End) are just a few of the poetically charged lines that showcase the progression in her lyricism, but “Leeds Liverpool Canal” offers the alternative idea that sometimes there is a lot of power in the unspoken. Serving as an interlude of sorts; the keys and strings cultivate a sense of euphoria whilst an element of grounding is offered by synthesised liquid pools being splashed at, by your feet, making you want to dance around them in order to feel a part of the action.

At the heart of it all, Through Water is an album that was made to move you – physically and emotionally – and most importantly, to make you feel. Water as a substance is intrinsic to our very being, and through Låpsley’s intention, is complex enough to touch us all.