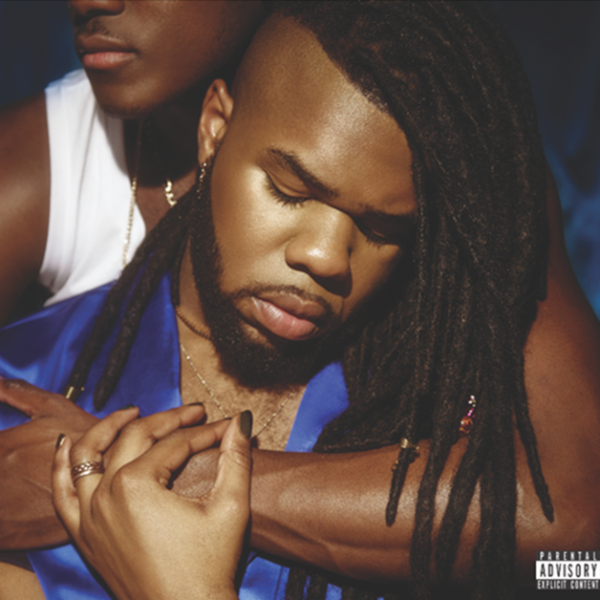 One of the most talented (and underrated) pop voices in the UK, MNEK began his career in 2011 as a songwriter and producer for the likes of Beyoncé, BTS, and Little Mix, while simultaneously releasing consistently interesting solo singles.

Where these singles and 2015’s Small Talk EP were wrapped in the drama and intensity of the club, Language is satisfyingly expansive, exploring the connection between communication and physicality in contemporary queer relationships.

Firstly, bravura single “Correct” establishes MNEK as an elder statesman of pop, ready to take the crown he has earned: “The wait is over… I flex like Aretha / So show me some respect.” It’s an apt opening statement for an album that deftly demonstrates his mastery of pop forms, both lyrically and musically. “Girlfriend” is a UK Garage-inflected take on the “dump your girlfriend” pop trope which is both dramatic and sassy (“Neither you nor your story’s straight”), like if “Don’t Cha” by The Pussycat Dolls was made by a gay man. “Tongue” is deep, sensual dancepop filled with the tension of a confession of love held tight, threatening to spill involuntarily: body over mind. Effervescent bop “Phone” is made with a clear affection for early-’00s pop-R&B crossover hits, and even features cute dial tone sound effects. MNEK has a talent for making this kind of deceptively effortless pop: crafting a luxe, spotless sheen over a complex foundation.

The interludes between tracks are another throwback to classic R&B albums, serving as a knowing wink to the listener – a flirtatious mockery of MNEK’s delivery, or a riff on the frequent mispronunciation of his name – and a device to connect disparate tracks. The considered sequencing of the album also suggests a narrative between certain clusters of songs. The superlative “Body”, a beautiful, soothing ode to taking time to find solace in a lover’s body, transitions seamlessly into “Honeymoon Phaze”, abruptly recasting the first song’s snapshot of romantic and sexual bliss as a memory or a flashback. MNEK laments the loss of touch alongside a breakdown of communication, complete with pitch-perfect details (“Smoking in your bedroom to some Brandy and Monica”). It’s rare to find such a palpable sense of drama and narrative on a contemporary pop album.

This sense of drama is arguably at its height on album standout “Paradise”, a self-contained setpiece that frames the queer club as the ultimate escape. MNEK invites us to join him in a sanctuary from a violent world (“the real world told me lies / So let's run away and find paradise”) over a sample from Ultra Nate’s 1998 hit “Free”; conjuring a utopian space filled with songs from childhood that are twisted with dream logic. Clubbing and pop as escapism is an overdone conceit, but MNEK makes it deft and elegant, and is clever enough to throw us back onto the rain-soaked pavement in the last second, with a whispered “You can’t run away forever”.

This desire for freedom against oppression is also the subject of “Crazy World”, which addresses intersectional societal violence against queer people of colour: MNEK alludes to police prejudice, and a father disappointed in his son, who is in love with someone who is, “less a her and more a him”. The clubby music is frantic, but hedonistic pleasures have lost the power that they held in “Paradise” (“Where do you go when you’re out of places to run?”) - instead MNEK offers himself as a beacon of hope: “In this crazy world you’re not alone”. In a pop landscape full of exciting queer voices, MNEK undoubtably has the range – it’s time to put some respect on his name.