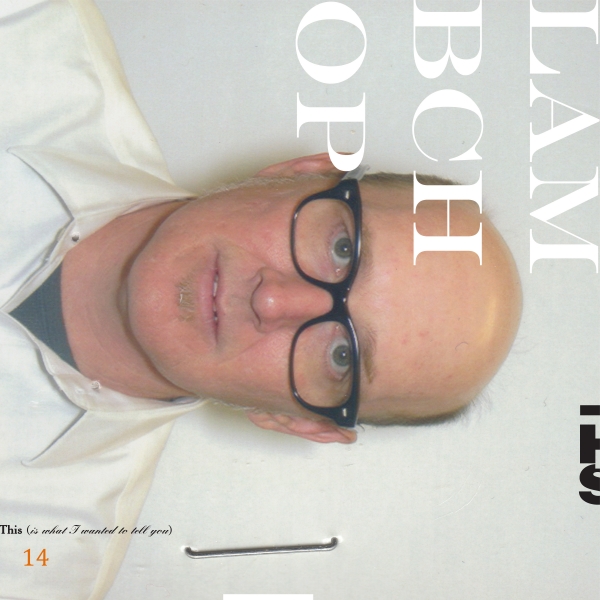 Only a select few bands manage to distil their own sound. The lucky ones that do are then faced with a dilemma: keep milking that unique brand forevermore, with inevitably diminishing returns, or opt for a dramatic rethink and risk a comprehensive face-plant.

Lambchop handled the reimagining strategy with rare aplomb on 2016’s FLOTUS. Having established a reverential cult following with a gentle country-soul mesh best described as a huge number of musicians playing as discreetly as possible, the record found songwriter and bandleader Kurt Wagner’s ruminations and warm conversational tones situated within the decidedly modern frame of auto-tune, locating in the process the potential for warmth and intimacy in a production tool that often stands for lazy shorthand for dehumanising distance and emotional blankness.

What could have been an awkward fit up being a welcome rethink of a house style that had arguably reached its peak on 2012’s shimmering and sad Mr. M, the band’s most consistently moving record since 2000’s alt. country landmark Nixon. Overall, This (Is What I Wanted To Tell You) is very much a companion piece to FLOTUS. Again, Wagner’s parched baritone burr - his Curtis Mayfield-inspired falsetto now just a tiny dot in the rear view mirror - is coated in digital effects, which – against the odds – make his performances seem more expressive, warm and richly musical.

However, there are key differences. Whereas the less compelling stretches of its predecessor found Wagner seemingly bewitched by the new gizmos at his disposal, favouring texture and tone over tunecraft, This is more readily recognisable as a collection of Lambchop balladry, albeit one decked out in technological finery. There is also a new key collaborator. Matthew McCaughan (erstwhile drummer for fellow auto-tune addict Bon Iver and the country-funk heroes Hiss Golden Messenger) joined the process by building musical frames around Wagner's vocals. Populated by synths and twitchy beats alongside the current core Lambchop trio and floating glimpses of trumpet and pedal steel, any attempt to describe the recipe for tracks like the opening "The New Isn't So You Anymore" - featuring the rich, Stevie Wonder-esque chromatic harmonica of Nashville session legend Charlie McCoy - would inevitably sell them short, suggesting mundane monotony in place of the deep emotional resonance and peculiar beauty of this music.

The mood is predominantly sombre: even the pulsating "Everything for You" - with McCaughan cutting loose on the drum kit - packs a melancholy melody slightly suggestive of "Ego Tripping" by The Flaming Lips, whose peak years are also echoed in the hypnotic combination of unfathomable sadness and fat bass lines that powers the unhurriedly evolving, seemingly thrown-together yet totally focused “The Air is Heavy and I Should Be Listening to You“. The haunting, trumpet-laden, gradually deconstructed title track suggests the fragmented unease of Low's magnificent musical U-turn Double Negative, as well as bringing to mind the hushed abstractions of early '90s Talk Talk, had they undertaken their journey from synths to organic instrumentation in the opposite direction.

Perhaps the tone is attributable to the changes in Wagner's home country since FLOTUS's release. Whereas that album's title playfully referenced Wagner's wife Mary Mancini's role as the chair of the Tennessee Democratic party (and, perhaps, what seemed then like an inevitable victory for Hillary Clinton in the 2016 presidential election), This makes repeated references to being immersed in, and bamboozled by, the 24-hour news cycle, lost in a world that no longer makes sense. ‘’You're not playing with me / I'm not playing with you'', Wagner croons on "Crosswords, Or What This Says About You", and it's not that far-fetched to read it as a commentary on deep national discord, although - as ever - Wagner's eccentric lyrics evade easy interpretation. Whatever the case, the warm, wise and profoundly strange This (is what I wanted to tell you) is fit to bridge even the deepest of division. ‘’It’s been a fucking lovely day’’, Wagner sighs on “The Lasting Last of You”. It’s a fucking beautiful album, too.