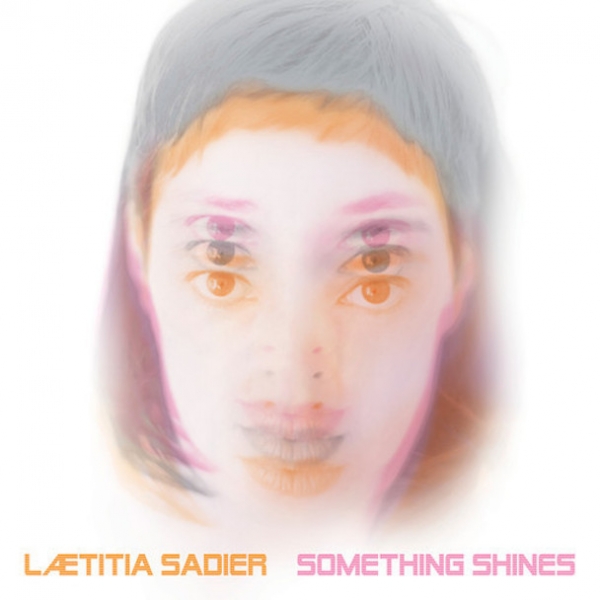 Nothing was likely to be the same again for Laetitia Sadier and Stereolab following the death of their band mate Mary Hansen; they managed one more album in the wake of that devastating event before going on an indefinite hiatus in 2009. Since then, Sadier has released two solo records, pretty much in the style of her old band, plus formed a new, more countrified outfit in the shape of Little Tornados.

Something Shines is Sadier’s third solo record and generally speaking it’s tied very closely to the style and themes of Stereolab’s work: 60s influenced, lounge-y, motorik rhythms and lyrics which touch on politics and, in particular, the ongoing class war affecting the countries she calls home….and that’s kind of the problem with this album. Time has somewhat stood still for Laetitia Sadier, and while she’s still a fine song writer Something Shines feels like a bit of a relic.

There are great moments here; the opener “Quantum Soup” is a sparkling beginning; chugging guitar married to brass and woodwind, while Sadier absent-mindedly sings some “ba-da-bas” and adds spoken-word French and the song kind of goes nowhere fast. But it’s fine, it’s absolutely lovely and you can feel your body unwind along with the music, that’s how relaxing it is. The punchy indie-pop jangle of “Then, I Will Love You Again” is brilliant, something you could rank alongside some of Stereolab’s best dark pop moments, and “The Scene of the Lie” mixes boss nova with an elegant mid-song waltz.

However, there are a number of moments that Sadier is really better than; “The Milk Of Human Tenderness” trundles along aimlessly on wheezing synths and elastic bass, “Butter Side Up” is a space-rock song that
she could write in her sleep (and maybe she did) and tracks such as “Transhumance” and “Echo Port” are just, well, a bit dull. The fairly embarrassing, lyrically clunky “Obscuridad” is the worst of all, tuneless and containing some couplets that could just about undo all the wonderful agit-prop work of Stereolab in trying to right the world’s wrongs: “They are a class/they are at war/and determined to win/their plan is to transfer our wealth/to under their sinister wing”.

And yet, you can’t shake the feeling that Sadier is still writing glorious otherworldly pop songs; the closing French-sung “Life Is Winning” is stunning and euphoric: a choir harmonises wordlessly, triumphant brass parps as the space-gospel track spirals to a lovely and contented close. It’s something like this that really highlights the songs that feel half-finished, the ideas not followed to a conclusion; it’s a source of frustration for me and there was always a similar feeling with Stereolab, like they could have gone further and achieved more if they hadn’t lost concentration and wandered down a few dead ends.

Something Shines is a continuation of that frustration: so many wonderful moments let down by times where it sounds like Laetitia Sadier just isn’t completely focused, meaning it’s a record that’s okay, but one that could have been great.