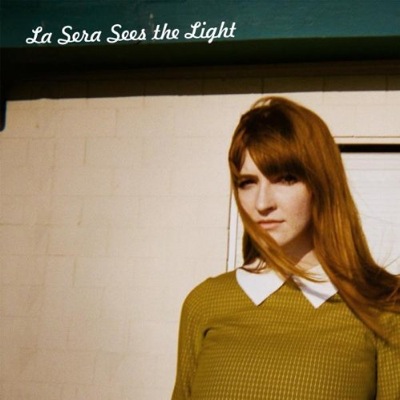 Heartbreak is a fertile furrow for musicians. It’s a furrow that seems more often ploughed by the heartbroken, rather than the heartbreaker. But why? Why, when rejection is so much easier if you’re the one doing the rejecting?

Sees The Light is different. It’s an album that bears the signs of being made by the one who’s decided that enough is enough.

Have you ever been hugging someone, been basking in the closeness of being wrapped in another’s arms, and then been struck by a moment of sheer, glacial, bone-shaking fear? Fear that on the other side the other person, the person complicit in this embrace, isn’t really quite as in the moment as you. In fact, behind your back they’re actually staring at the beautiful/handsome girl/boy over there?

That’s exactly what Sees The Light is like. It has an air of romance about it, ‘Love That’s Gone’ initially seems so sweet that you have the “4EVA” tattoo half-inked, but realisation quickly dawns that something isn’t quite right. Once it has, it’s as pointed and as poignant as a deep sigh followed by long lingering glance followed by a “we need to talk”. It’s not me. It’s you. Bye.

La Sera is Katy Goodman, who also plays bass as one third of The Vivian Girls, and while Sees The Light (her second release under this moniker) echoes some of their influences, there’s something glossier, dreamier and more poppy about this incarnation.

Not that she’s lost all of the lo-fi punk grit – ‘Please Be My Third Eye’ has a brilliantly grinding guitar propelling it onwards – but it’s tempered with a head-over-heels exuberance that can’t help but give it a real summery sheen.

There are basically two rhythms on display. One which has songs breezing along on surfy riffs with all the freedom and grace of an untied balloon (‘I Can’t Keep You Out My Mind’, ‘Break My Heart’, ‘I’m Alone’), and one which has songs linger, pat you on the back and whisper that you’ll feel better soon (‘It’s Over Now’, ‘Don’t Stay’).

Oh, and ‘Real Boy’, which miraculously, despite being a steel-drum accompanied, tiki-hut ready calypso, is lovely. Against all normal measures of good sense and good taste, it is lovely. So lovely it makes you want to don a grass skirt.

The balance that’s achieved between the two tempos is almost perfect, and it’s rammed home by Goodman’s ’50s girl-group vocals. A hint of kookiness sinks in, not at radioactive, teeth-clenching levels, but just enough to make you swoon.