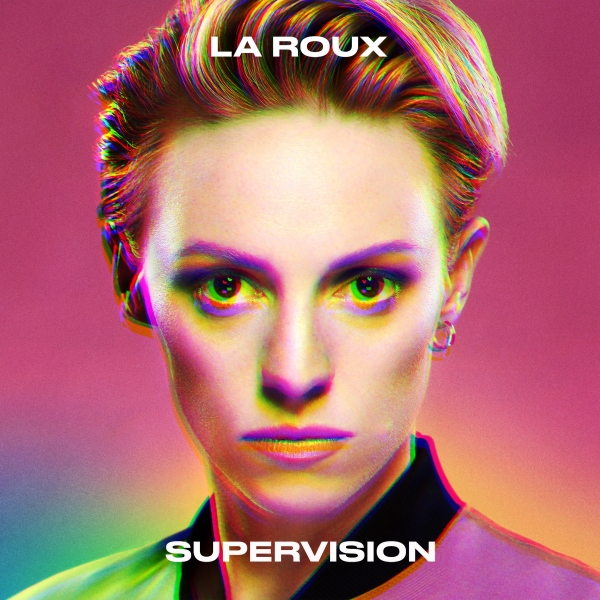 After five years away, Grammy Award-winner Elly Jackson, a.k.a. La Roux, has returned with her third album, Supervision.

While her vocals throughout the record are, as always, pitch and melody perfect, a large proportion of the accompanying music sounds like a free backing track. A number of them could have been ripped from a demo on a Casio keyboard and many of them sound the same.

Yes, this is disappointing - but she still has the ability to create music that can stick in your head for days. Taking cues from Michael Jackson and Nile Rodgers, among others, the 31-year-old has retained the organic pop talent that made “Bulletproof” and “In For The Kill" genre-defining hits focusing on developing each song as it plays out. This is in direct opposition to the trope-heavy, verse, chorus, verse, chorus pop music that dominates the playlists and digital airwaves of today.

Written, recorded and produced entirely in Jackson’s kitchen in Brixton, Supervision has the kind of D.I.Y. feel which is often a cause for celebration in the corporate music landscape we currently experience - and indeed is is at many points on this record, It is, howver, also its greatest downfall. A number of the songs lack punch due to the lacklustre nature of the beats and the record as a whole sounds very samey. “Everything I Live For” could easily have been taken from a non-copyright music search for ‘tropical’ or ‘exotic’ but still the song is somewhat enjoyable when Jackson’s distinctive vocals are belted over the top.

The first single, “International Woman of Leisure”, is Jackson at her best. Clocking in at over the five minute mark, like many tracks here, it is not a typical pop song. The chorus races into your head, and the lyrical content pertains to Jackson’s ideology of “not taking anymore shit”. She has, in essence, created a catchy protest at the daily drudge.

While Jackson has stuck to her roots with Supervision, this may contribute to a lack of exposure. Commercial pop music has moved on leaps and bounds over the past five years she has laid pretty much dormant, as she largely has over the decade since her eponymous debut. With artists such as Charli XCX and Georgia embracing new textures and ideas, the UK pop landscape is a little out of step with Jackson’s newest offering. There are more similarities with the likes of Christine and the Queens’ melodicism, but Supervision still lacks a distinct place in the grand scheme of things.

Certain elements of Supervision were “finished up” by South London production powerhouse Dan Carey and you can feel his presence at times. The record maintains the kind of indie atmosphere Jackson cultivated for herself with her debut and its successor, Trouble In Paradise, which was less commercially successful, but nevertheless critically acclaimed. On her third, La Roux shows that she can write a melody like few others in the business today, but it’s hard to look past how similar each song really is.