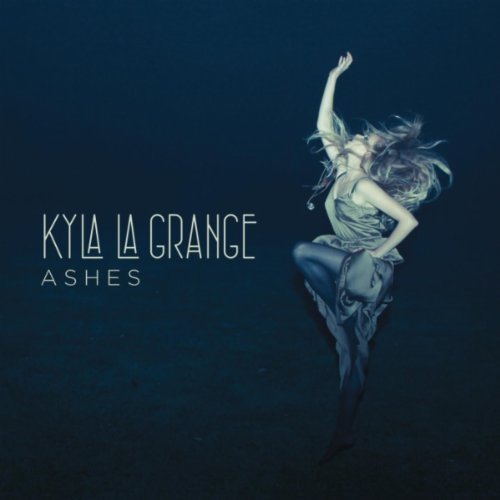 24 year old Kyla La Grange, a University of Cambridge philosophy graduate, has been a fixture on the alternative London music scene for a couple of years now. She’s long been a mainstay at Communion UK club nights, and over the course of the past year has come out with three 7” singles on respected indie label Chess Club. La Grange’s debut album Ashes, released on July 30th through ioki Records/Sony, is a hard-earned but much deserved victory. With Ashes, La Grange joins the ranks of Clare Maguire and Anna Calvi as one of the most promising and talented British female singer-songwriters to emerge in the wake of the success of Florence + the Machine.

Ashes begins with ‘Walk through Walls’, a track which has undergone some significant studio treatment since it was first released as a Chess Club single in early 2011. The song is typical of La Grange’s sound: dramatic and infectious in a non-traditional way. It’s followed by ‘Courage’, a tune of similar ilk. La Grange sets expectations for her audience early on. If you don’t like the first two tracks, you probably won’t like the rest of the album.

La Grange has been marketed as a kind of Cyndi Lauper meets 21st century Guinevere. Her branding is obvious, but accurate: Cyndi comes across in her vocals, Guinevere in her lyrics. On ‘Vampire Smile’ she sings about drinking her lover’s blood – “I’m gonna get so drunk on you and kill your friends/And you’ll need me and we can be obsessed” – but her words are implicitly awash in the afterglow of the success of popular vampire fiction and film. Bloodsucking is not as edgy a pastime as it once was.

Tracks like ‘Heavy Stone’ are delightfully reminiscent of Kate Bush, showcasing La Grange’s vocals and demonstrating the visceral effect that her music can have on its listener. Other standout songs include ‘Been Better’ and ‘Lambs’ which illustrate the pleasing synergy between La Grange and her band, something that distinguishes her from the likes of Maguire. Ashes celebrates La Grange’s voice, her band’s music, and the connection between them.

The album’s main flaw is that its sound is almost too uniform for its own good; all of the tracks on Ashes sound different in the same way. But there’s no doubt that La Grange has taken a formula, in the post-Florence era, and infused it with fresh and appealing life. Her lyrics are not as interesting as Florence’s or even Maguire’s, but they’re less obtuse. La Grange is just more Pop.

The most pleasant surprise on Ashes is ‘Sympathy’. The track pairs the full range of La Grange’s voice with stripped-down but captivating guitar music. On it, and indeed throughout the whole album, you can hear echoes of La Grange’s foremothers: Bush, Lauper, Björk, and Florence. The entire album reflects the sound of familiar artists, but avoids being overly derivative. Ashes mainly looks backwards; La Grange may not offer a concrete idea of where female alt-pop artists are going, but she paints a lovely picture of where they’ve been.