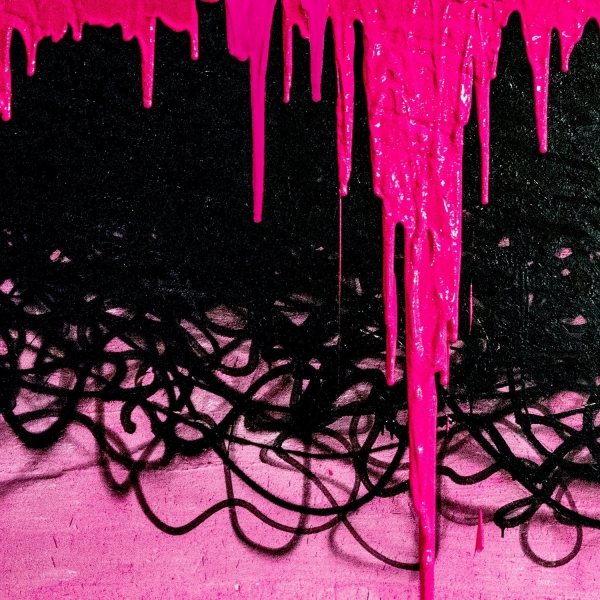 “Give a blink, a little hint, a sign to get out of this labyrinth called the western world, the western world/Follow your bliss, let it lead you where/The truest faith, takes your breath away” – “Second Comin’”, Korallreven

It’s been three years away for Marcus Joons and Daniel Tjader since they finally gave us Korallreven’s stunning debut long-player, An Album. Three years in which while we’ve been caught in the dream world created by the Swedes on that record, the duo has been working hard to create a new Korallreven; one that takes that dream world and somehow manages to apply it to the everyday, finding a way to combine the secular and the spiritual without creating rifts or cracks, turning fantasy into reality. And with Second Comin’, we have that perfect formula.

Where An Album was about a dream and pure, perfect escapism untouched by troubles and encapsulated by the record-defining mantra of “a dream within a dream”, Second Comin’ is a more honest account of searching for perfection and happiness. Once again, Korallreven are singing about love, a life beyond love, travel, questing, all accompanied by Technicolor world pop music that’s never quite matched by other acts who might fall under the Balearic banner.

A recent post to the band’s Instagram account contained the following quote: "Reality is not enough; we need nonsense too. Drifting into a world of fantasy is not an escape from reality but a significant education about the nature of life” and I don’t think there’s a better way to explain the music of Korallreven. They take from dreams, and apply to their lives. Idealistic, yes…but if we didn’t try to grasp at things seemingly out with our reach then we’d always settle for the mundane, would we not?

On Second Comin’ there are rushes of blood to the head pitted against meditative moments; think of that moment you first found yourself in love - it became something you wanted to dive headlong into and share with the world but at the same time something you want to keep to yourself, treasure and cherish and not tarnish by sharing and removing this perfectly formed thing you had in your head and your heart. Think of your favourite place; your favourite colour and all its hues, an image with all its shades and tones, where the light hits or what the shadow covers…no one captures this better than Korallreven.

There are a number of leitmotifs on Second Comin’ that define just what Korallreven are all about; from the moment “Death Is Not For Us” begins with its defiant high-energy 808s, tribal rhythms and Joons’ flat-yet-alluring vocals (augmented by Tensta Gospel Choir and beautiful harmonica) we find Korallreven searching once more, with a promise of the highest peaks in Indonesia (once again we find that the Pacific and the east play a vital role in this music): “I would take you to Puncak Jaya, if I knew how/I would show you another side, if you want to.” Then we have the pairing of “The Highest State of Grace” and “Limitless”, melding the secular and spiritual; the former is as dance as the band has even been, with an insistent beat, incisive and pulsing rave electronics plus synthetic strings and dramatic chorales, setting the scene for a song about searching for something deeper than what seems to permeate Western culture and thinking: “Hate to see that we live in such shallow times/Have to search deep inside only to survive.” The same applies to the dreamy “Limitless”, a track which takes us from the end of summer into a gently glowing autumn through gentle piano and softly pulsing ambience to a spiritual place defined by Joons’ touching lyrics: “Turquoises and Zincites, ignites your inner light/Fluorites and amethysts, shields you from all that exists/They all heal within, they all harden hearts, they’ll make you limitless.”

Joons and Tjader are joined on their journey by a series of extremely well chosen guests; Swedish singer China Yggstrom joins her countrymen Joons and Tjader on the gleaming hyperpop of “Spirit Away”, Japanese legend Cornelius adds his talents to the far-eastern tinged and bright click-and-snap of “Try Anything Once” while I Break Horses’ Maria Linden sounds a world away from her band’s rather frigid last record on the warm waves of “Mantras” and the career-defining epic eight-minute closing track “Ki”, which bridges the gap between An Album and Second Comin’ by being the best of those worlds: equal parts tropical blissfulness in the skittering and playful beats, and present-day urgency in the blaring synths and twin mantras of “love love love” and “never die, never die, never die”. It’s an incredible end to a record that truly defines what it is to be taken on a journey.

Second Comin’ is escapism in its most honest form, love with all its problems and life exposed, striving for the ultimate ideal in the face of everything. Korallreven have surpassed the dreams of their debut with something more tangible and seemingly achievable. Open up and find your highest state of grace.