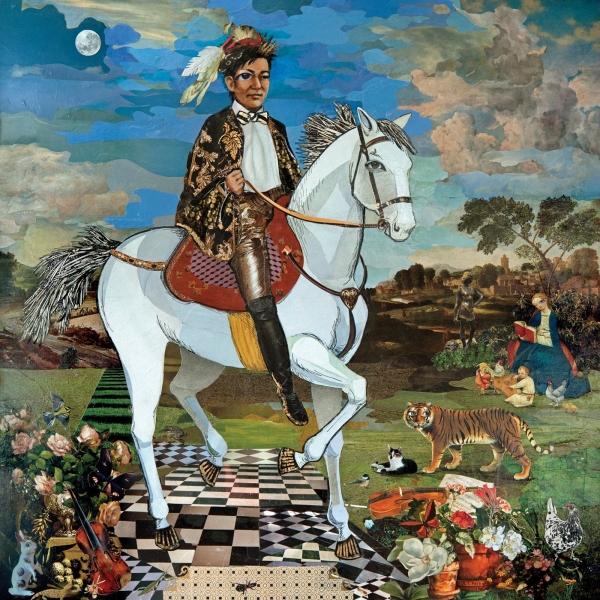 Kaoru Ishibashi (you can see what he did there) has quite the pedigree. The violinist singer-songwriter has toured with Regina Spektor and is a regular member of fellow Athens, Georgia natives Of Montreal. His 2012 full-length 151a proved a radiant, exuberant debut and Lighght continues his trend of songs bursting with creativity - but can it escape the long shadow of its predecessor?

To discover the answer, Kishi Bashi asks the listener to join him on a fantastical psycho-spiritual adventure. The song titles alone hint at his madcap humour and knack for constant invention, as well as the epic scope of this record. As for what it actually sounds like - ear-worm general “Philsophize In It! Chemicalise With It!” is an emphatic up-tempo pop song in the vein of Andrew Bird and Owen Pallet, also employing the whimsy of Animal Collective. “The Ballad of Mr. Steak” is similarly energetic and is probably the best lyrical ode to dead cow ever written - absurd lyrics (“Oooh Mr. Steak, you’re grade A!/He came to me in a package of delight, every other meal paled in his shadow”) somehow managing not to descend into comedy due to the weird sincerity of the arrangements. Further album highlights include “Carry on Phenomenon”, “Bittersweet Genesis for Him AND Her”, “Q&A”, “Once Upon A Lucid Dream (In Afrikaans)”, “Hahahah” Pts 1 and 2 and “In Fantasia” - and no, I don’t just mean the song titles.

Put bluntly, every song herein (even the sub-one minute instrumental interludes) are overbrimming with frenzied brilliance. It’s exhausting. Kishi Bashi’s base formula; swelling choruses, sweet little pizzicato breaks and playful string arrangements interspersed with the occasional groovy synth isn’t much unchanged from his previous album but there’s even more musical texture this time. For example “Bittersweet Genesis…” starts more softly than usual and with Kaoru singing in a lower register, a little reminiscent of Patrick Wolf - and “Q&A” is a borderline traditional acoustic, strummed ballad that still retains his signature flair for melody. The last few tracks of the album experiment more with getting into grooves (channeling Yes’ falsettos at points) and finish very strong.

Even compared to the smash hits of 151a such as “Manchester” and “I Am The Antichrist To You” any song on Lighght stands up tall, and as a whole the album feels more intimate, more epic, and more coherent at the same time. Unless you can’t handle your musical tea with any sugar in it whatsoever, this is a staggering achievement of fun. It’s got serious chops, but at no point is it melodramatic. Kaoru is obviously an eccentric virtuoso who proves (if proof was needed) that the ‘difficult’ second album syndrome is nonsense as long as you don’t take it too seriously. As a result, he’s produced his finest work to date.