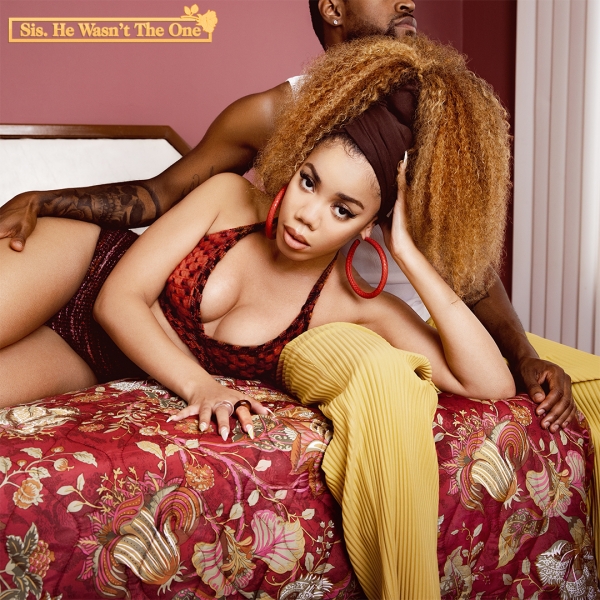 Extended Plays are getting longer and longer these days - to the point where artists are releasing giant bodies of work under this guise to grow their following and success before the dreaded ‘debut album’. By delivering a ten track EP, KIRBY’s Sis, He Wasn’t The One - a soulful collection of songs delving into the internal battle of wanting vs needing a man - somewhat overfeeds us with a project that’s best served as a half-portion.

You’ve definitely heard KIRBY’s writing before, but you probably don’t know it. The Memphis-born songwriter penned Rihanna’s “FourFiveSeconds”, as well as Ariana Grande’s “Break Your Heart Right Back” and Beyoncé’s “Die With You” – so it’s safe to say she has talent. After her seven track self-released project Sis. last year, KIRBY signed to the independent London label Play It Again Sam as an artist ready to flourish. Trying to hit the ground running, she's aiming up at the stars with such a large initial project – but with filler-esque tracks that simply don’t need to be there, she only reaches the moon.

That’s not to say that reaching the moon is a bad thing, it’s just a slight disappointment when the EP has set out to do such great things. “Coconut Oil”, a celebration of natural hair and black women, is a raucous, butt-shaking joy - followed by the anthemic “Boyz II Men”, where KIRBY laments the uselessness of men acting like boys when they date. Both tracks were exceptional singles which, in a way, spoiled the rest of the album because no other track could stand up to them. “Break Her Heart For Me” is a close contender – a self-professed ‘petty love song’ to a toxic ex – as it weaves its earworm hook into your mind for days following. It’s just a shame that all three tracks happen one after the other and leave the rest hanging out to dry.

The second half of the EP loses its pace and falls into a plethora of slow jams that, while well written, fail to maintain the momentum the aforementioned tracks initiate. “Wish I Loved” is a high point - as KIRBY yearns to love someone (or be loved) in a monumental way you can really feel the heartfelt lyrics pull at you, but by the last act of the song it’s missing a contrasting high or low that leaves you wanting more. The following two songs, the acoustic “Blame The Internet” and cinematic “First”, reflect on past relationships and the hardships that linger after they’ve ended, but feel like an afterthought so late in the track listing – and unnecessarily delay the satisfaction of the final track.

Same goes for the opening two tracks, as “Love Song” acts as an almost intro and speeds through minimal to large-scale instrumentation within a minute, and “Leon Pt. 2” - a continuation from “Leon” on her first project Sis. - feels more like a resolutional track than an opener. The song’s affirmative lyric “I don’t fuck with him no more” would be better placed towards the end, leading nicely into final track “Can We Be Friends?” – another ‘petty love song’ asking her man to stay in her life even though the love has gone. “We ain’t gotta be enemies” is an anthemic, lighter-held-high lyric, and while it screams peace, love, and holding hands, it’s a delightfully warm ending to an emotion-filled EP.

All in all, if the project was four tracks shorter and ordered more logically it would’ve been a roaring success. It’s just frustrating to see a talented artist present a meaty piece of work that didn’t need to be such a large mouthful, and seemingly focusing on quantity over quality (also see: Happier Than Ever by Billie Eilish). But hey, at least this was an EP and not KIRBY’s ‘debut album’ - and when that time does come (which I truly hope it does), I hope it’s all killer, no filler.