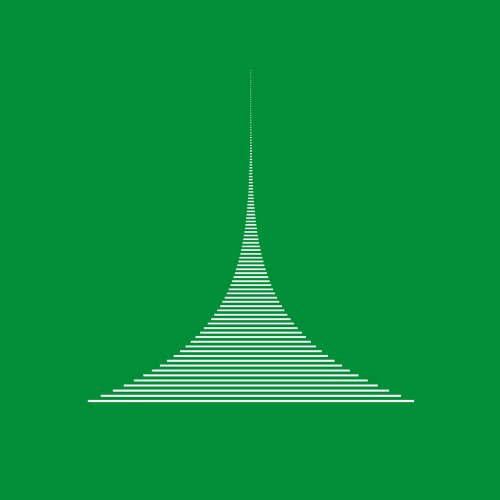 For a decade, Melodic Records-signed Manchester experimental stalwarts Working For A Nuclear Free City were in yielding fruition. The group produced three critically acclaimed albums between 2006 and 2011 and saw their music included in TV series, films and adverts – including the very first meth cook up scene in Breaking Bad and the classic “100 years of Hovis” advert (their sound is nothing if not versatile). However, writer, keyboardist and producer of the outfit, Phil Kay, became estranged from writing partner Gary McClure’s material and in turn decided to delve deeper into electronic wells, creating his solo project King of the Mountains and a record that explores swirling soundscapes, sonic experiments and a wide swath of the electronic avant-garde.

With architecture offering swathes of inspiration for Kay, the aims for the tapestry of the tracks on Zoetrope become obvious; to transport the listener to binary landscapes of glitching colours and sharp, electronic terrains. The shape of the album is built largely around electronics, an oversubscribed force in the 21st centuty, but one which King Of The Mountain’s debut explores with thorough skill. Kay’s fertile mind exhibits a sound which is rarely stationary and one in which the electronics are smattered with live instrumentation, including a saxophone which was learnt – amazingly – in a single afternoon, and vocals. The structures of the album include dancefloor filling bangers and woven avant-garde musings; it has rich nuances which span all corners of the electronic spectrum.

Beginning the innings, “Undone” initiates a stream of poetry in motion – swirling synth-scapes, a steady beat, smatterings of vocals and a sense of dimensionality encompass the opening track and, in a sense, the entire album; a thing glitching, popping and cracking with genius production.

“Surrounded”, inhabiting some of the softer shades of the record, would sound at home behind the stark visuals of Stanley Kubrick’s 2001: A Space Odyssey, and offers one of the many minimalistic turns taken by Kay throughout the LP.

Within “Shirkansen” the opposite can be found – it’s an off kilter dance track, but one no less extravagant than his more experimental outings. Self-learnt puffs of sax, thickly layered between found sounds and samples, can be heard in “Stranger Things Have Happened” until the track melts into another of the album’s uniform sonic downturns. “Zebra Girls”, “Airstrip” and “Animal Attractions” offer similar, space age progressions until title track “Zoetrope” arrives with more glitch-infested danceability.

Zoetrope manages to ably explore both shades of contemporary electronic music; the house-tinged, ecstasy laden cracks of one school and the strokey beard experimentations of the other.