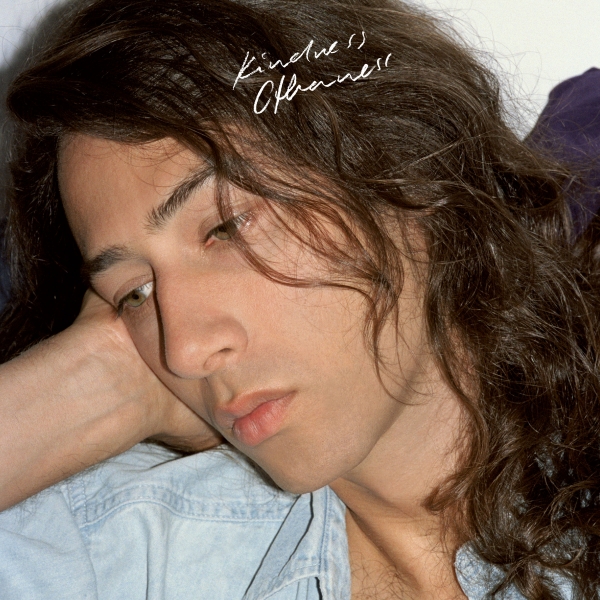 Adam Bainbridge, the main conspirator behind neo-soul and future funk project Kindness, knows just as well as anyone just how lame it is to release the same record twice. “It would be boring as hell, lazy, and cowardly to just do what you’ve already done. I did my first record. I don’t need to do it again”. Or so he told Pitchfork in reference to the critical success that was his debut album – World, You Need a Change of Mind.

Sometimes we read statements such as these with mixed feelings. Let's face it, WYNACOM was a great album. It was refreshingly cool. At times subtle, at other times brash. It was the kind of album you could use the word 'funk-tastic' to describe without feeling completely ashamed and disgusted with yourself. It was the kind of album to which you could legitimately dance to as if you'd been possessed by the demon of Alan Partridge slapping an air bass in his caravan.

So most Kindness fans (and closet Alan Partridge wannabes) would spin his new album, Otherness, for the first time hoping that not too much has changed. Well, Kindness fans, you can rejoice. Alan Partridge wannabes, go home. Because if Otherness heralds a change in Bainbridge's sound then it is a change which retains that soulful core, but which substitutes the energetic, hot-to-the-touch funkiness for a downtempo RnB sensibility with a lusciously lazy rhythm section.

On Otherness, Bainbridge has intentionally, and meticulously, composed an album which revels in its own sloth. From the deep breaths of brass on the album's opening song “World Restart (feat. Kelela & Ade)”, through the slick and slack pots-and-pans style percussion of “This Is Not About Us”, to the floating mandolin of “For The Young”. Beats lag behind the lead instrumental sections while bass lines plod cumbersomely behind refrains. But not for a minute does anything sound like it is out of place.

Otherness may not surpass its predecessor in vitality, but with a handful of collaborators chipping in – including the genre-spanning Devonté Hynes and Swedish pop-songstress Robyn – it is an album which far surpasses Kindness' debut in character. The half-decipherable verse from Ghanaian rapper M.anifest stems the surreal and sleepy flow of “8th Wonder”. Ade and Kelela lend their soulful vocals to “World Restart” while the unmistakable larynx of Robyn haunts the gloomful “Who Do You Love?”. Finally, the familiar crooning of Dev Hynes on “Why Don't You Love Me” ties up an album which holds romantic woe deep in its heart.

As on WYNACOM, Bainbridge gives his own commendable vocal performances on Otherness, the soft fragility of which bears the singer-songwriter's hurts and insecurities in full earshot of the listener. A refreshing thing nowadays in this time of producers who prefer to hide behind masks and alter-egos.

Otherness is an album which you can't help but feel Adam Bainbridge really put a lot of himself into. And that, more than anything, is what makes the man behind Kindness one of the most intriguing producers around at the minute. It is also what makes Otherness one of the best albums of 2014 so far.