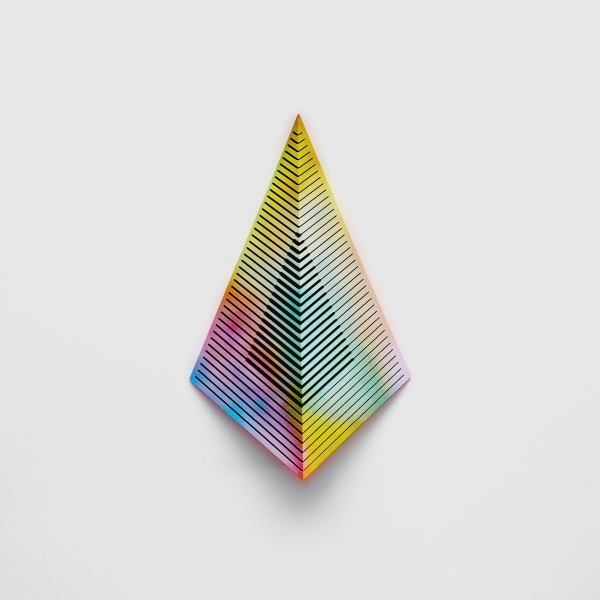 Since their formation, Kiasmos have been smart, stylish and consistent. With their slick, geometric logo and decorative track titles, Ólafur Arnalds and Janus Rasmussen have added an extra, crucial dimension to the package, a pedestal on which to stand above the rest in a fragmented and constantly shifting musical landscape.

Surfing the present wave of contemporary classical, of which BAFTA-winning composer Arnalds is arguably one of the biggest players in his own right, the pair have orchestrated a characteristically sublime relationship between acoustic and programmed elements, where other efforts have sounded flat or contrived.

Much, much more than the cobbling together of classical and electronic music, Kiasmos’s sound, their identity, is an artisanal alloy of piano, strings, synths and drum machines, tightly wrought with gravity and emotion.

Intially a mutual side project, their self-titled debut album was released through Erased Tapes in 2014, its deft, glacial beats, minimalist piano and vivid synth and string arrangements earning critical acclaim. A central plank of the album is the affecting way in which light and dark, or soft and harsh, are balanced against one another.

"Bent" and "Burnt", the closing tracks, are especially excellent in this regard, with increasingly abrasive and jagged synths almost taunting the unwavering melancholy of simple, repeating piano melodies. In fact it’s this minimalism, a hallmark of Arnalds’ solo work, and the brutally economical way in which Kiasmos are able to wrench on the emotions with so little, that has distinguished their potency as a production duo.

And so they return, following two years of worldwide touring, with new EP Blurred. Four new tracks are joined by remixes from Bonobo and Stimming and while undercurrents of heartache remain, for the most part, the EP is heavy on twinkling, layered high ends and uplifting crescendos.

Opener "Shed", in stark contrast to the slow burning introductions of "Lit" and "Drawn" from previous releases, jumps straight into things for what is undoubtedly Kiasmos’s brightest, most optimistic tune to date – not a minor chord in sight. It’s nice if not slightly mawkish, signalling a shift in tone from previous releases.

"Jarred" and "Paused" are each as reliably stirring as the rest of the Kiasmos catalogue, but struggle to match the levels of urgency found elsewhere. The former is rescued by a beautiful, multichromatic second half, furnished with Debussy-esque piano trills, but if it weren’t for such detailed and accomplished levels of production, these two tracks would be much easier to overlook.

The apex of the EP is undoubtedly the title track, building on an ascending chord progression and busy, buoyant strings – the latter a dynamic counterpoint to the steady, ambling piano. Bonobo’s reworking does exactly as expected. It’s a faithful and engaging remodelling in the producer’s image, replete with trademark wooden percussion, all bells and whistles – a messy, pretty foil for the original’s cinematic severity.

Ultimately though, the release as a whole feels slightly restrained. There’s none of the apocalyptic intensity of the album, no tension between grit and grandiosity, or the emotional ambiguity of tracks like "Swept", "Thrown" and "Looped". Luckily, these productions remain of such a high quality that they’ve avoided sounding too tedious. By their next release, let’s hope Kiasmos can build on these rock solid foundations. Everything they’ve done so far is pointing in the right direction.