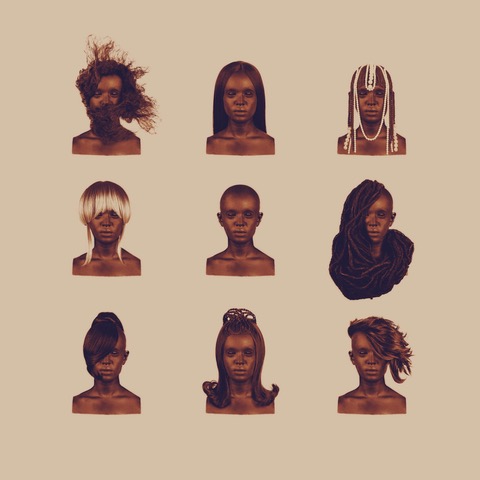 Calling Kelela an R&B singer is a fair assumption on the surface of it, but she’s so much more than that.

Sure, her voice is deeply ingrained with hints of Aaliyah, Janet Jackson, Solange and the like, but what makes her stand out is her love of progressive, club-affected production and merging her seductive vocals with tough electronic jams. Take Me A_Part, The Remixes isn’t your ordinary remix album. It’s a testament to Kelela’s knowledge, taste, and love for underground music.

"It's not just a bunch of remixes," Kelela says. "It's how my worldwide community of producers and DJs communicate through difference. It's also about the camaraderie that we experience when we find the overlaps. The same songs get to exist in these alternate realities which means different people get to have a relationship with the music”.

You can hear the time and effort that Kelela and Nguzunguzu member Asmara have put into this compilation. Painstakingly curating the finest new MCs, producers, and vocalists. The album swerves between house, R&B, juke, gqom and more – spinning you across dancefloors from countries all over the world.

You can find Kaytranada doing his thing alongside the tough-house rhythms of DJ Lag, whilst the operatic R&B of serpentwithfeet goes toe-to-toe with an all-star rap cast featuring Princess Nokia, Junglepussy, cupcakKe and Ms. Boogie. This eclectic mix could be disorientating in the wrong hands, but with Kelela and Asmara at the helm, they somehow manage to create an untold thread that binds all these tracks together. Kelela’s deep involvement with the project shows just how committed to her vision she is. Her music is precious, and anyone who wants to step to her sound, better be able to make sure they can hit her high standards. Luckily, Kelela has some pretty talented friends.