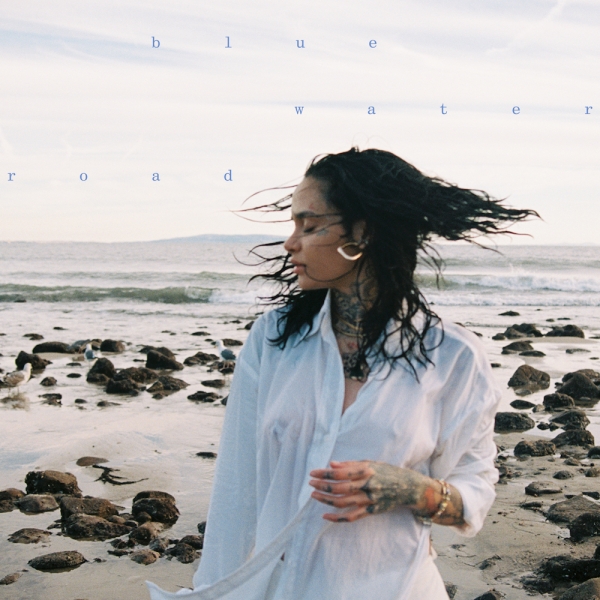 Blue Water Road is both a destination and a journey, according to Kehlani. It is a place in her life that the she has arrived at, one that the listener is invited to come to and explore through the album.

Beginning at "Little Story" – a vulnerable, acoustic guitar-led moment – the singer paints an intimate picture of an imperfect but loving relationship and of people “working on being softer” for each other. Kehlani sings “I want you to pick up the pen and write me into your story / You know I love a story, only when you’re the author”, a quiet but certain expression of the desire to build a life together. It’s a beautiful antidote to the more cynical love songs of late and a testament to the singer’s lucid storytelling, both through their lyrics and their voice.

Collaborations are peppered throughout the record, starting with "Any Given Sunday" with blxst. It’s a classic Kehlani track that makes you wish it was so much longer than the 2 minutes 45 seconds it plays for. "Up At Night" with Justin Bieber is the least inspiring offering, though the chorus is somewhat hypnotic. Thankfully, this is followed up with the sublime "Get Me Started", which features Syd of The Internet. The two singer’s vocals complement each other gorgeously and at times blend into one, giving the song a dreamlike quality that sits with you through the album’s interlude.

The production on the album is very lowkey, allowing for Kehlani’s extraordinary vocals and vivid lyricism to take centre stage. The exception to this is lead single "Altar", a gorgeous tribute to loved ones who have passed and their continued presence in the singer’s life. It is one of the most emotionally charged moments on the album, reflected by the swooping build and strong drum beats, but it is expressed with lightness too. It’s an emotional nuance that few artists know how to lean into, but, naturally, one that Kehlani embraces with ease.

Moving deftly from spiritually to sensuality, the following tracks – "Melt" and "Tangerine" – are vivid portraits of nights with a lover. In the former, the singer wonders where they end and the other woman begins and yet muses that “being this close isn’t close enough”. It’s dizzying with desire, Kehlani delivering a deliciously sinful vocal performance throughout. The latter likens the other woman to honey, a nod to their past hit, amongst other sweet things. It’s a song that drips and oozes sexuality as she sings of “starting a garden” and pollinating “my love with yours”, and once again proves Kehlani as a true artist of both words and voice.

Blue Water Road closes out with "Wondering/Wandering", a twirling, dreamy song with a strong beat to root the listener to the present moment. It sees the singer arrive at the blue water, their young daughter Adeya pointing it out in the final moments. But in true Kehlani style, even as we have reached the destination – a place of light, as they describe it – there are still questions, still wondering and wandering to be done.