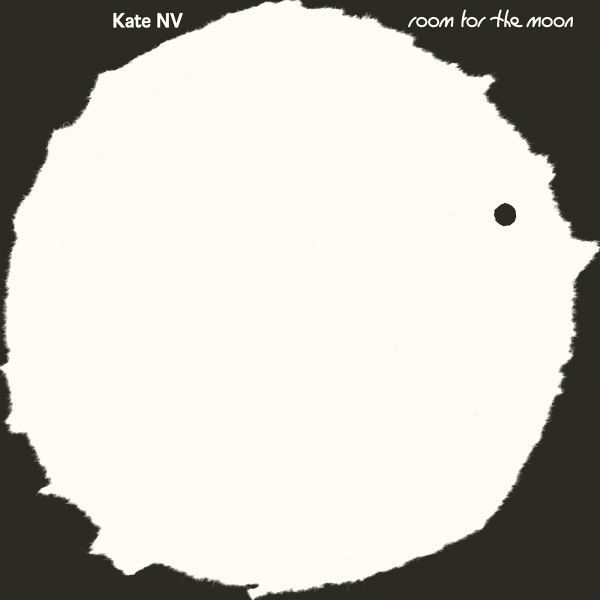 It’s near impossible to put Kate NV into a box.

From fronting the avant-garde post-punk band Glintshake to crafting the buoyant ambiance of her previous solo effort, she has been anything but predictable throughout her career. It would be wrong to call her a shapeshifter, though, as everything NV does is unmistakably her. Here, she melds the experimentation of для FOR with the pop sensibilities found within her debut, Binasu, and elevates her sound to a higher plane.

Room for the Moon is a polyglot: with tracks sung in English, French, Russian, and Japanese, it’s hard to pinpoint where, exactly, it takes place. Admittedly born out of the ‘loneliest period of [her] life’, it’s also a very conversational album — NV’s lyrics are calls that welcome response, inviting us into her sphere. “Ça Commence Par” is like a playground rhyme chattered above a boisterous groove, challenging us to solve a riddle (“We buy it to eat / But we never eat it”); the majority of tracks are directed at ‘you’, the listener. Not only is NV the architect, she’s also the tour guide, her benevolent presence mirroring the companionship she yearned for during the record’s creation.

Whimsy is something NV has never shied from; in fact, it’s what she does best. Take the video for “Marafon 15” for example, with NV resembling something from the mind of Tove Jansson in her star-embellished catsuit, billowing red cape, and matching hat — it’s peculiar, to say the least, yet incredibly endearing. Her vocal delivery on the track is as meticulously choreographed as the music video, weaving through intricate production, displaying an infallible control; that, as unconventional as she may seem, it’s not without finesse.

The multilingual mantra of lead single “Sayonara” is a hypnotic farewell that, ironically, served as the perfect introduction to this record. Anchored by reverse synths, it’s immaculate and mesmerising, never failing to hold your attention throughout its length. “Plans” is an existential opus, and has potentially the closest to a traditional song structure on this project, without compromising any of her usual inventive charm. Room for the Moon appears to have it all, whilst remaining cohesive — it’s an eccentric entity in itself, but also the work of one.