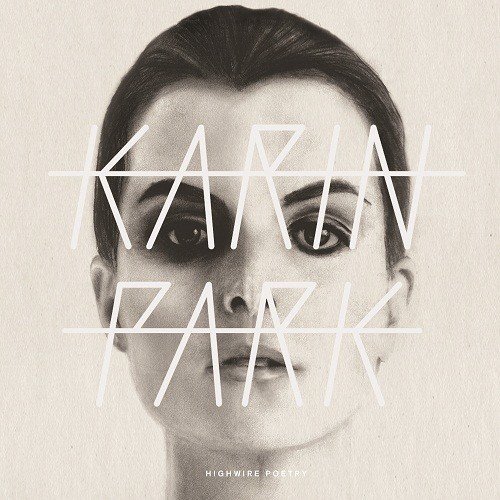 Karin Park is one of Scandinavia’s latest batch of celebrated musical exports, but despite Highwire Poetry being her debut UK full-length, she’s certainly not an unknown quantity. Indeed, having already won two Norwegian Grammies she arrives at our similarly frigid shores with a fair old pedigree, so it comes as no surprise that she packs a punch. Having lived as a young child in a remote Swedish village and for years in a Japanese missionary school, one can only hope Park’s music acts as a conduit for what must surely be rather a unique perspective on things.

The first thing you’ll probably note about the young Swedish singer is that her voice sounds like a remarkable cross between Bjork and Karin Dreijer Andersson (of The Knife and Fever Ray fame). It has an arresting, almost naive quality to it, but golly can Park sing. And sing she does, frequently experimenting with melody, pushing its boundaries, often toying with dissonance, always considering how she can use the pulsing, industrial electro as a springboard. And on tracks such as ‘New Era’ Karin’s voice really does reach some giddy heights.

As springboards go, the analogue synths and acoustic drums (courtesy of her brother David) stay taut and powerful throughout, never used as mere “backing”, always interestingly layered and composed, no matter how referential they are to the aforementioned electro-sirens. On ‘Explosions’ a near sub-sonic hum gives the track an air of real menace, punctuated as the drums kick in like lightning punching through a broiling storm. ‘6000 Years‘ is even more industrial, an abrasive synth hit repeats over synthetic sounds and a sinister vocal line; it’s not exactly a low point of the album, but is a touch unrelenting: Karin at her most experimental and introverted.

Then, ‘Thousand Loaded Guns‘ kicks in, all rapid-fire ’80s and string motif, probably one of the most epic, catchy and energetic tracks of the album. It’s testament to the versatility of these ten tracks that, despite a real juxtaposition, a sense of journey nevertheless is able to coalesce.

Once you’ve absorbed some of the more testing moments, your concentration is freed up to grasp the slightly surreal poetry of Park’s lyrics too, “Like a pirouette that has nowhere to go but doesn’t know it yet” being a particular favourite. It’s the cherry on a slightly gothic looking cake. Highwire Poetry is a beguiling listen I keep returning to; at first it was to try and understand the nuances, now it’s to revel in the harsh synth wobbles and that voice that gets under your skin like a half-remembered dream. Utter post-Bjork brilliance.