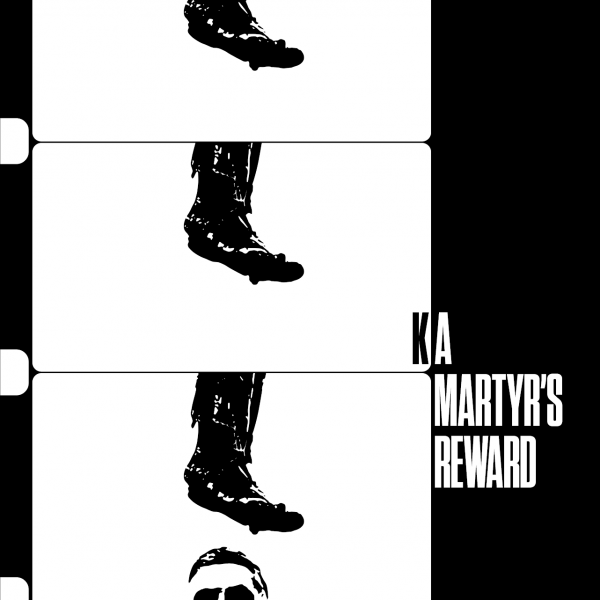 Ka has always been an anomaly. Even compared to his Metal Clergy brethren, Roc Marciano, the Brownsville, Brooklyn rapper is unusually defiant to bending to the temptation of truly any trend, to the point that he might as well be unaware of them.

While Marciano has come to increasingly enjoy the exaltation passed his way for his influence on a recent generation of nostalgia-tinged rappers, from Westside Gunn to Boldy James (not to mention helming projects for notable new faces such as Stove God Cook$), Kassem Ryan, doubtlessly equally influential from his own masterworks, has shown no interest in such exposure.

He possesses a solitary, deliberate nature (perhaps the very reason that Metal Clergy album we’re all waiting on has yet to surface), seemingly indomitable. Seemingly, that is, because more than ever before, the cracks have begun to show on his latest album, A Martyr’s Reward. If anything, he’s willfully putting them on display, somehow extricating a life’s worth of wounds and leaving them to dry out in the sun.

None of this is to say Ka’s work in the past has been impersonal. He has always narrated the experiences of the less fortunate, or, if you will, “street life” with a frankness and astuteness that can border on discomfort for the listener. Yet, more than ever -more than even on last year’s Descendants of Cain - he’s clawing away at his own personal trauma and scar tissue, his own upbringing. While he’s often felt like a starkly honest reporter of events in his circumference, the music here feels inextricably autobiographical. The production is generally understated, allowing for a laser-like focus on Ka’s words.

When he saddles up alongside Navy Blue (the sole guest here beyond a scarce, supportive Joi) and simply utters, “I’ll always have misgivings,” the words bear more weight than it’s capable to express in print. The same goes for his crushing observation on “Enough Praise”, delivered as casually as ever: “My whole life is recovery.” While these words are no doubt aimed at a sense of urban alienation and struggle that the majority of his listeners are privileged enough to scarcely comprehend, they have a more far reaching effect. They immediately speak to the human condition, to anyone who has suffered trauma or some private hell of their own, however far removed from Ka’s own.

This ultimately makes A Martyr’s Reward something of a salve, and grants its immense power. There’s some muted comfort in acknowledging that while things may not necessarily ever leave you, they become at least bearable. Ka has opened up a tortured world in which it’s oddly all too easy to spend time within and built a bastion built from that very sorrow.