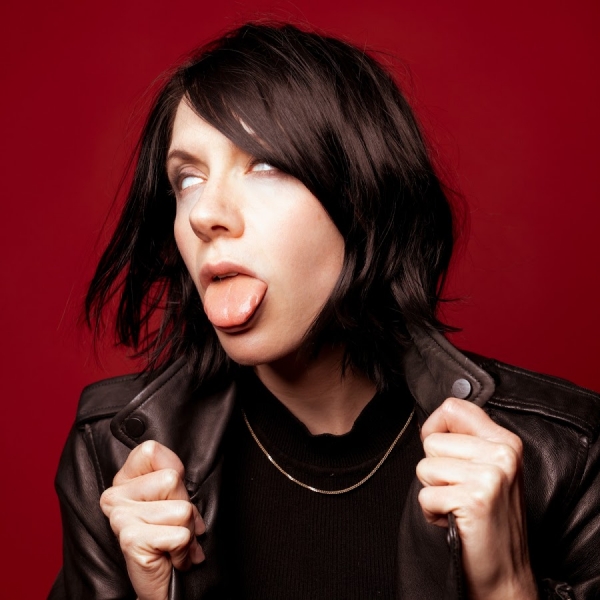 K.Flay cannot be pigeonholed. Not only does her talent and musical versatility push boundaries, but also humanly she rejects female clichés, exploding gender barriers. K Flay is a free electron and her music is the embodiment of that.

With a career spanning 15 years, it was the mid-2010s that led to her finally finding her characterising hybrid formula. Since then, her sincere voice has found anger; emotion; melancholic introspection, all within socially conscious themes, creating a poignant body of work. Understandably all leading to a Grammy nod and Billboard chart topping success.

Inside Voices is an outlet where K.Flay’s mental strength, acquired over time, resonates. If her major label debut Every Where Is Some Where sounded like a cry for help, then its follow up Solutions became the antidote. This new EP illustrates this personal evolution through a self-analysis. Anxious by nature and with a keen eye on society, K.Flay demonstrates the strength of her balance and the vigour of her claims, defying her invisible malaise, embracing her recent fame, and coming to terms with the pandemic.It's like an introspective uppercut to the ailments and an intimate unveiling that manifests when exploring these five songs.

Produced by Noah Breakfast, "Four Letter Words" illustrates the sonic landscape and overall theme of the EP - a volcanic rap rock fusion sprinkled with industrial electronic elements that speak to its urgency. Although it is sometimes too overloaded or on the contrary too predictable, K.Flay often shows versatility in order to maintain the intensity of the project. "Good Girl" for example is a deferential indie rock ballad that is irresistible, while a delicious pop chorus on "Dating My Dad" is a way to access the oppressive density of the EP.

"TGIF" is just as explosive - a symbol of the combative state of mind of its author. There was no better idea than a collaboration with Tom Morello to deliver this battle against the errors of society. Unfortunately, "My Name Isn't Katherine" points out the defects that we find throughout this EP. Thus, at the expense of a successful psychotherapy, we don't find the musical intensity and the taste of the risk, but rather shortcuts sometimes simplistic alternating with an aftertaste of déjà vu. The lively ardour however allows Inside Voices to remain a pleasant and definitely enjoyable experience.