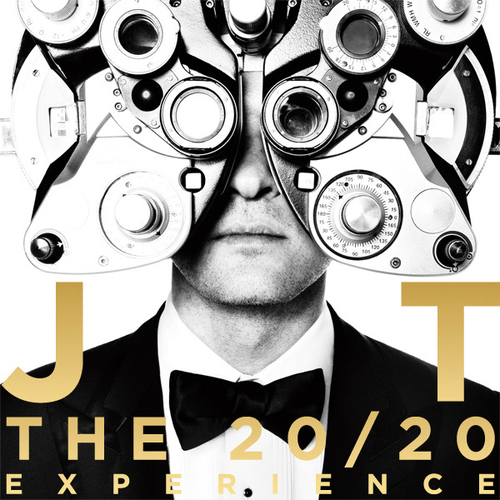 After taking a six-year break from the music scene but never from the public eye, Justin Timberlake’s grand musical return was never going to be a modest one.

Amidst a flurry of high profile appearances, including a live comeback at the Grammys, hosting and performing on Saturday Night Live, spending a week hanging out with Jimmy Fallon on Late Night, in addition to well-timed but questionably executed Target and Bud Light adverts, it seems that Timberlake has been everywhere you look in the days leading up to the highly-anticipated release of his new album.

And it turns out that his sprawling third solo studio record, The 20/20 Experience, is all over the place as well, assertively blending styles, influences, and concepts from throughout music’s rich history, all to varying degrees of success. And, as with many long-awaited comeback efforts (Chinese Democracy, Smile, Double Fantasy, The Idler Wheel…), the record is bloated with somewhat overwrought musical statements that overstates the originality of the work found within, while inflating the inherent self-importance of the songs themselves.

First off, the album could have used a more proficient and persuasive editor, as seven of the record’s ten songs clock in at over seven minutes, pushing The 20/20 Experience well past the hour mark. Understandably, Timberlake still wants to distance himself from the highly formulaic boy-band pop confections that made (and plagued) his early career, but most of these new songs have interminable codas that drag on for no apparent reason other than to make them seem more significant than they truly are. Which is a shame, because there are a lot of highly inventive musical statements made by JT throughout the album, and a wealth of fresh, inspired beats from his trusted sonic sidekick Timbaland (and his protege Jerome “J-Roc” Harmon), but the imaginative tracks ultimately get bogged down by the weight of their own excess and extravagance.

Lavish, orchestral strings launch the album elegantly, gradually giving way to the classy, laid-back romantic vibes of ‘Pusher Love Girl,’ with Timberlake equating addiction with affection somewhat clumsily, dropping repeated drug metaphors over the smooth grooves. The track actually morphs from the original into a makeshift remix at the five minute mark, as an unexpected club mix drops and JT gets a bit funky, dropping some rudimentary verses that expand on his prior “love junky” confessions. The swag-fueled ‘Suit & Tie’ announces with its stylish title that this is going to be a classier affair than your typical club anthem. And with its smoothed-out, Motown swing and a clinical Jay-Z verse, the track has its street cred secured but doesn’t really expand on the concept and fails to live up to both its potential and advanced expectations.

The arresting, infectious Middle-Eastern rhythms of ‘Don’t Hold The Wall’ are some of the best beats featured on the record, and the track soars as a result. In a not-so-subtle nod to Michael Jackson’s Off The Wall, the song brings a thoroughly modern pulse to the proceedings, but still remains a modest dance number at heart, despite its expansive length. ‘Strawberry Bubblegum’ continues the MJ homage, with Timberlake’s soulful falsetto echoing the King Of Pop’s finer moments. But again, the track could be considerably condensed, with the number running out of ideas and focus long before its eight minutes are up.

The dynamic ‘Tunnel Vision’ is a percussion-fuelled dance-floor filler, with string flourishes and moody synths blending in fluidly as the fashionable R’n’B number takes flight. ‘Spaceship Coupe’ is obviously building on the FutureSex/LoveSounds themes that Timberlake has been reaching towards for a while now, but instead of coming across as an avant-garde, futuristic love jam, it ends up being a goofy exercise in intemperance that never would have made the cut on a more focused effort.

The album quickly rights itself with the Temptations-like vocal charms of ‘That Girl,’ which is energised by JT’s buoyant confidence that he fell in love with the right woman, despite having limitless choices and opportunities. The track, one of the clear (and concise) standouts on the record, also introduces Timberlake’s talented backing band, the Tennessee Kids, who brightly colour the song with their soulful, resonant undertones. But that momentum is disrupted by the Latin-infused, Miami Beach pulse of ‘Let The Groove Get In,’ which sounds like a Gloria Estefan castoff and drags on for a monotonous, uninspired seven minutes that represents the low point of the album, and again never should have been included on a collection with such ambitious aims.

The record ends auspiciously with two gloriously innovative tracks, the deeply personal, soaring sincerity of ‘Mirrors,’ and the experimental Radiohead/James Blake hybrid ‘Blue Ocean Floor,’ which finds Timberlake drawing inspiration from the bold musical risks taken by his contemporaries. These two numbers bring the album to a stirring, poignant close, and certainly bode well for the next batch of new songs that Timberlake is reportedly releasing this autumn.

While titling your record The 20/20 Experience signifies a clarity of vision and perception from an artist who definitely has grand aspirations firmly in his sights, the album itself doesn’t quite reach the sharp, perfect coherence that Timberlake was clearly aiming for. JT just needs to realise that his sprawling creative ideas should be honed and refined as he tries to take his music ever forward. For while his comeback was always going to be a massive musical moment no matter what the results were to be, his songs don’t have to be this bloated in order to be big.