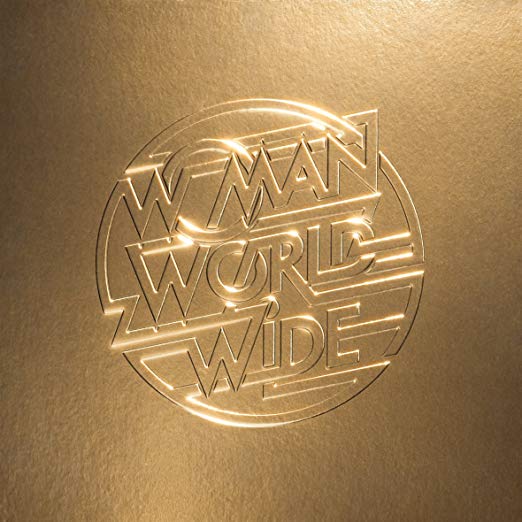 It’s not unusual for a band to document the first chapter of their existence with the release of a compilation album, but with Women Worldwide Justice are taking it far away from the conventional path.

Rather then release a conventional compilation, or releasing a live album, the stylish French duo have taken an unusual route to representing these songs in a new context. Fundamentally Woman Worldwide is a studio recording of their 2016 album Woman with additional choice picks from the band's first ten years of existence.

Where Soulwax rebuilt the base of the songs from their sophomore album Any Minute Now and recast them as dance bangers for their album Nite Versions, Justice have taken a path that sticks truer to the tracks' original format. Instead the originals have been deconstructed and then reconfigured in such a way that these re-envisioned versions cover little new ground.

From the instantly recognisable and heavily distorted bone shattering synth riffs that form the basis of "Waters of Nazareth" to the cowbell infused grooves of "Randy", it’s clear that despite the time that has passed since the songs' original creation that this album doesn’t feel disjointed. Instead, these re-edits and alternative versions flow into each other near-seamlessly. Woman Worldwide should perhaps be viewed as an album that charters not how the songs have evolved, but instead gives us an insight into how Justice have changed as a live band.

Yet, for all of its positives there is the leftover taste that this is an album that will please die-hard fans, but will ultimately leave those outside of that pondering if it was really needed.