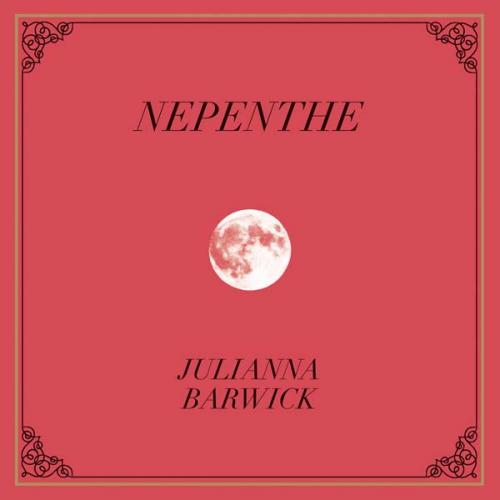 Julianna Barwick’s music has always been intensely introverted; recorded alone in her bedroom and composed using little more than her voice and a loop station, it was entirely her own. Her last album, 2011′s The Magic Place, however marked a broadening of scope by adding subtle threads of piano and a ghostly rhythm section, and this outward trajectory is furthered on Nepenthe; a record which has a far more immediately accessible beauty than her earlier work.

That is something no doubt heavily influenced by the fact that it was recorded in Reykjavik with Alex Somers (Sigúr Ros cohort and one half of Jónsi and Alex), who also called in contributions from string quartet amiina, Múm guitarist Róbert Sturla Reynisson and a local choir of teenage girls. This instantly feels and sounds like a landmark release for Barwick; pairing the ephemeral and withdrawn fragility of her work with some mildly opulent epicness of that Icelandic musical community’s more subtle post-rock stylings.

Describing how Barwick’s music sounds is easy enough; it’s all abstract haunting vocal loops which are sublimely weightless and uplifting as the enveloping strands of vocal layers take on a mesmeric drone like quality. Describing what it feels like to listen to her songs on the other hand is a much more difficult question, and it’s the question which matters most because that description of her sound could just as easily be applied to some tacky new age spiritualist compilation or, perhaps even worse, Enya. The difference to me is that those examples seem very much like products engineered towards a target market, whereas Barwick’s ghostly creations feel overwhelmingly genuine; each arrangement a primal purging of tangled emotions seemingly untethered from the physical world – just pure soul and impulse.

Primal is a key word for Nepenthe, and one which may seem out of place because it would normally be equated with some level of force or brutality; to me the guitar thunder of Boris or the untamed aggression of Death Grips would be primal music. This is a more appealing form though, a form of primality which is not short for inherent aggression but actually innocence and beauty. The gentle layers of her voice do not seem to belong in this world, yet at the same time in their majestic shapeless forms they very much resemble the natural world. So do the few recognisable instruments which appear; the piano notes which glint into being on ‘The Harbinger’ are like the first curious touches of an intrepid new musician, unhindered by practice or theory and just going on pure instinctual expression. Of course it is all meticulously arranged and breathtakingly produced, but to the point that there is a perfect illusion of spontaneity.

In Greek literature nepenthe was a magic drug of forgetfulness which was used to wipe out grief and sorrow, and the title was suggested during the recording process as Barwick herself was dealing with the loss of a loved one. This overwhelming sense of emotional outpouring pervades the album, perhaps most notably on the slowly blossoming swell of choir voices and frayed strings of ‘One Half’, each crest rising with gut punch emotional impact. It is also a song which really captures the progression here, and it’s perhaps instantly the most epic song in Barwick’s oeuvre. ‘Crystal Lake’ underlines the natural world element to her sound, as well as the inevitable Sigúr Ros influence which has seeped into the album – the twinkling piano notes which bubble under the surface could almost be sampled directly from Ágætis byrjun, but her rare decipherable vocals reveal themselves to elevate this beyond any kind of simple homage.

Really discussing individual tracks is of little use because the whole is most important here; the cohesion of the overall experience is intrinsic to its arresting impact and over the course of these ten modest tracks Nepenthe makes the world seem a much more serene and beautiful place. Even from her earliest recordings Barwick has had a highly distinctive sound, but being able to scale it up without losing that unique flavour is testament to her true talent. Very few artists could make something so larger than life with ostensibly only their voice as an instrument, and to make a record so natural sounding without a hint of contrivance is even more rare. Nepenthe is a very special album, one which doesn’t sound like anything else around but which also sounds like music you have unwittingly known your whole life; the quiet hum of life itself, re-appropriated and expertly sculpted into a shape where all of it’s complexity and simplicity feels a just that little bit sweeter.