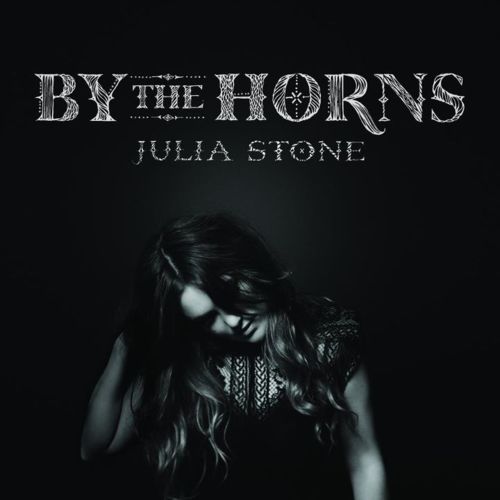 Self-released through her own Picture Show Records, By the Horns is Julia Stone’s follow-up to February’s EP Let’s Forget All the Things That We Say and earlier debut solo effort The Memory Machine from 2010. Produced by Thomas Bartlett and Patrick Dillett (Antony & the Johnsons, David Byrne) it was supposedly inspired by The National’s High Violet; apparent in her compelling and stripped-down take on ‘Bloodbuzz Ohio’, which appears early on, as the second track on the recording.

With honeydewed and curious vocal, now without brother Angus and absent from their eponymous folk outfit, Stone ponders the usual loves, losses and heartbreak with a yearning characterised by her childlike vocal so reminiscent of Joanna Newsom. For the most part it’s an unabashedly pessimistic record, its lonesomeness perfectly translated, in ‘I’m Here, I’m Not Here’, by the coy cries of its opening lyrics “Living in this room but I don’t really want to”, accompanied by minimal piano and ambient bleeps which only serve to accentuate this solitude. You’d be mistaken for believing this keening call is running to the end of its course however, as the timidity of much of the record pales in the light of the aggressive and impassioned vocals of the title track’s depiction of an adulterous lover, as she almost snarls with contempt at her mistreatment.

It’s perhaps the deft instrumentation and layered textures of sound however that are most appealing to the ears here. The National theme runs throughout, with drummer Bryan Devendorf featuring on a number of tracks, providing By the Horns with a certain warmth in spite of the chilling emotions Stone’s lyricisms often provoke. As such they are central to the mood of the record, from the brushed drum pattern of the subdued vocal opener ‘Let’s Forget All the Things That We Say’ on to the thumping intro to ‘It’s All Okay’, providing a perfect contrast to its tumbling piano chords.

Though much of By the Horns‘ merit will be hard placed to emerge without reverting to a quiet room and headphones – its quieter moments are where the heart of this album is – it is certainly a grower, a firm example of Stone’s mass appeal and ability to stand alone as solo artist.