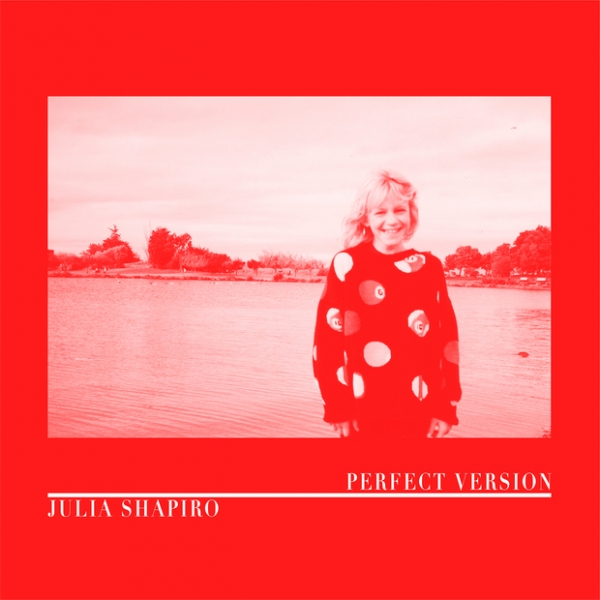 Across three Chastity Belt LPs, Julia Shapiro has taken the mantle of the premier indie-slacker songwriter, a domain heretofore patrolled by snot-nosed dudes with overgrown bangs.

Over time, the band’s albums have morphed from being the tipsy giggles to the mercurial, over-drunk moodies. Indeed, the Julia Shapiro of 2017’s I Used To Spend So Much Time Alone seemed to not have heeded her own advice from the title track of the band’s previous album, 2015’s Time To Go Home. In 2018, exhaustion and a medical scare caused Shapiro to pull the plug mid-tour and do just that.

Shapiro has returned with the product of her convalescence, a nearly completely self-recorded and self-produced solo album, Perfect Version. Here, she reckons with the anxiety and self-doubt that crept into her last outing, dampening her signature wry humor. If Shapiro was tired, on Perfect Version it shows, right down to an album track titled just that, “Tired”.

Throughout the album, Shapiro is reserved, many times to the point of inaudibility, her instrumentation, and even her songwriting, sparse. Lead track “Natural” pulls the curtain on that too-cool, winking and sniggering frontwoman of Chastity Belt to reveal the ardor she regularly goes through to project that level of apparent self-confidence.

“Shape”s bottom-of-the-well reverb creates one of the most gloomy guitar sounds around as Shapiro speaks plainly about her struggle to continually live up to something she’ not sure that she is: “I can’t fit into that shape”. The jangly “Around The Block” is as chipper as it gets, Shapiro likening her existential quest to searching for a curbside parking spot.

Perfect Version rivals no Chastity Belt album and its nebulous delivery causes its songs to often slip through the listener’s hands. However, none of that is really the point of the album; quite honestly, this album needs to exist and would serve its primary purpose if it were never even released at all. A clearinghouse and a reset button, Julia Shapiro needed Perfect Version and we need the album precisely for that reason as well. We should be humbled she brought us along.