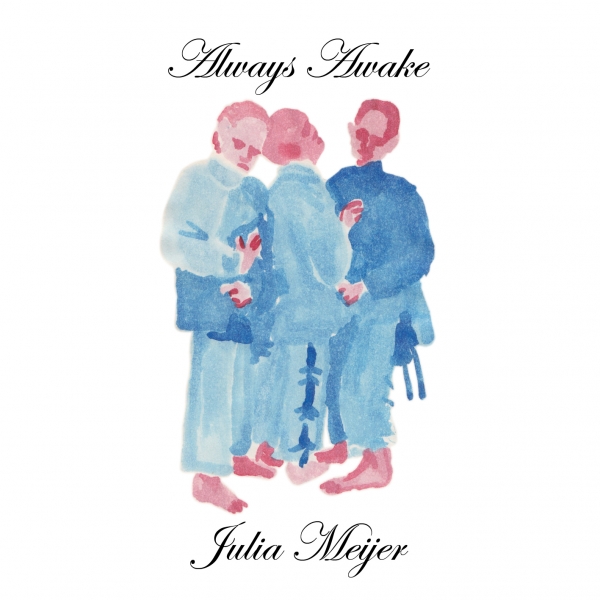 Having first released her “Ocean/England” EP back in 2015, it certainly feels like Oxford-based Julia Meijer’s debut full-length Always Awake has been a long time coming.

Establishing Meijer as a beguiling, almost mystical artist, the two tracks that made up the EP, both of which appear on this record, employed a gorgeous, glistening aesthetic, coupled with Meijer’s tenderly soft vocal performances. While “England” may have also featured echoes of the eccentricities of Kate Bush, the underlying impression was of a dense and shimmering soundscape, without defined edges but beautiful as a collective.

This has continued to be Meijer’s general approach on Always Awake, to varying success. While “Fall Into Place” is elevated by its pristine sense of innocence, and “Believe” is moving in its sincere commitment, Meijer’s vocals in particular fail to reach the heights demanded of them and achieved elsewhere. “When I Give In” feels flat, the song as a whole lacking the saccharine charm tracks like “En Liten Fagel”, whereas “I’m Not The One”, while again well arranged, finds her unable to match the music and provide the vocals it deserves.

There are a couple of surprises thrown into the mix, perhaps indicative of the gestation period of the record and suggesting where Meijer might take her music next. “Sanibel” has a haunting, gothic quality to it, a style that, confused outro aside, is executed quite effectively. “Train Ticket” meanwhile heads down an alt-pop route, Meijer’s delivery and the rhythm section making a Talking Heads comparison unavoidable. While certainly not the album’s strongest cuts, they highlight Meijer’s interests and talents are wider than initially thought, and could be looked back on as the first steps in a new musical direction.

Regardless, it is in the introspective instrumentation and vocals that Always Awake finds its true voice. The style explored on that first EP remains at the core of Meijer’s sound, an approach she’s continued mastering over the last four years. And while it’s not without its flaws, there are moments of such pure bliss on this record that indicate the clear talent at her disposal. If she can exploit it more consistently moving forward, then we could be in for a real treat.